Why Head-On Truck Accidents Can Be Deadly

Due to the size of commercial trucks, accidents can pose significant dangers to other motorists and motorcycle riders. However, not all collisions are the same and head-on accidents can be deadly.

Research from the Federal Motor Carrier Safety Administration (FMCSA) indicates that in a typical year, head-on collisions account for just three percent of all large truck crashes. By comparison, read-end collisions make up roughly one-quarter of all such incidents.

Meanwhile, the National Highway Traffic Safety Administration (NHTSA) has also reported that accidents involving a large truck are responsible for about 5,000 fatalities each year. While the odds might appear small, that doesn’t mean the consequences aren’t potentially fatal. Head-on collisions involve a strong force of impact as the front ends of two vehicles hit. At high speeds, this frontal impact can be deadly.

Fatalities frequently occur yet, if the victim survives, they often face serious injuries. As a motorist, here’s what you should know to stay safe.

What Is a Head-On Collision? 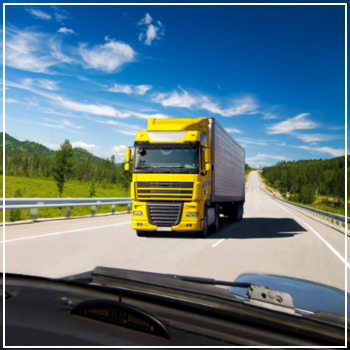 Also known as a frontal collision, this accident occurs when two vehicles traveling in opposite directions hit each other head on. For both vehicles, the point of impact occurs directly to the front. This dangerous scenario results in a sudden loss of speed, which can lead to a greater force of impact as the two vehicles collide.

As tractor trailer trucks are much bigger and heavier than the typical car, the force exerted during a head-on collision can make these accidents even more deadly.

Head-on collisions with a truck driver may happen due to a combination of the factors, including:

Injuries from a Head-On Truck Accident

When a head-on truck accident occurs, the stronger impact can result in life-threatening injuries and the victim may suffer even more if the collision involves entanglement. Victims may experience:

How to Avoid a Head-On Truck Collision

Whether you drive a car or ride a motorcycle, consider these tips to help prevent a head-on crash with a tractor trailer:

Were you or a loved one involved in a truck accident? As you focus on recovering from injuries, let our truck accident attorneys handle your claim. To learn more about how we can help, contact us today.

Please Share This
Read Previous Article:
« How COVID-19 Is Affecting Nursing Home Staffing Ratios
Read Next Article:
Dangers of Driving with Snow on Your Roof »