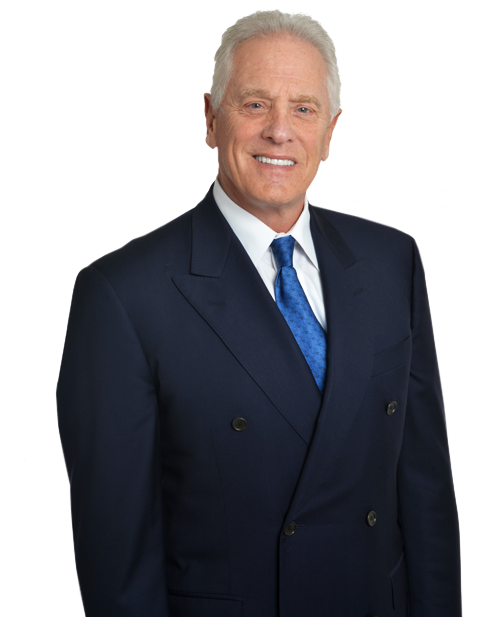 On A Personal Note...
Favorite Musicians

Godfather I, II / The Lone Ranger

Spending time with my grandchildren

“You only go around once in life, so do it right.”

Attorney Vincent Trantolo believes that the practice of law is a calling, not a career. Helping people who have been injured through no fault of their own is an honor worthy of absolute commitment and dedication.

During his legal career, Attorney Vincent Trantolo has set records in several State courts including a $9.2 million dollar Medical Malpractice case and a $4.5 million dollar Product Liability case. He has been a valued member of the Board of Directors for the CT Trial Lawyers Association, sharing his experience, knowledge and wisdom while serving on the Ethics Board. Attorney Vincent Trantolo was also chosen by the Chief Justice of the CT Supreme Court to be a member of the Statewide Commission on Ethics in Advertising.

“I believe that lifting people up from the rutted streets of personal injury, is not a matter of their status or wealth, but a matter of my personal conviction, learned from my father before me, as he began this law practice 76 years ago. I believe in giving hope and saving futures and I know that excellence in the practice of law, requires excellence in the practice of humanity. I believe that the reality of family, with all of its joys and sorrows, smiles and tears, sums up the definition of my life, and the absolute dedication of my firm, to be that group of men and women recognized for their own dedication to being the very best, and succeeding at this calling. I believe in my family helping yours, fighting to seek justice for you, so that your injuries, and pain and suffering are not insulted by large insurance corporations who care more about profit than people. I too, know the experience of loss, and pain, and the experience of others reaching out to me, and I have never forgotten the preciousness of that aid. I believe in white knights and happy endings, but I also know what it is like to stand with those in need, in the darkness, extending a hand of guidance, and a promise of future brightness. These are my beliefs. They are also the convictions of my two sons, and my Firm.”

Attorney Vincent Trantolo firmly believes in the old saying, ‘When the going gets tough, the tough get going.’ It takes more than just knowledge of the law to win. It takes compassion for you and a passion for success. It takes a lawyer who truly believes in what he/she does. One who refuses to be intimidated.

History With the Firm

Attorney Vincent Trantolo saw a need for strong representation for people who were injured in various types of accidents including automobile, motorcycle, truck, uninsured motorists, dog bites and pedestrians. Our law firm gives the average person who has been injured due to the negligence of someone else the opportunity to have the best legal representation without regard to their personal ability to pay. Attorney Vincent Trantolo strives to provide that help in a personal and caring way. Everyone should be treated with the respect and dignity they deserve.

Since 1971, Attorney Vincent Trantolo has helped more than 20,000 clients with his experienced attorneys and support staff alongside him. For over three decades, he has been passionate about his firm and representing his clients. Attorney Trantolo treats and represents each one as they are family; their injuries become his injuries and their pain his pain. He continues to review and oversea every file personally. Vincent’s desire to help the wrongfully injured became very apparent in the following examples.

In 2007, Attorney Trantolo reached a settlement after one week of trial when his client suffered permanent severe brain damage when his vehicle was broadsided by a police car in pursuit of another vehicle. At $7,900,000, this was the largest police pursuit settlement in the state of Connecticut which also forced the Connecticut Police to rewrite their policies and procedures when responding to a call.

In 2001, one of the largest medical malpractice settlements in Connecticut settled at $1,500,000. The estate of the client, who was a child, brought suit against a mental health facility as improper restraint methods were used during a “time out”, resulting in the child’s death. This case helped force the State of Connecticut to change their restraint laws in an effort to never have this happen to another victim.

Not only does Vincent spend time in the office, but supporting many charitable organizations throughout the community, from various motorcycle rides to children’s events is another passion of his. He also coached football, basketball and hockey youth teams for 10 years.

Vincent Trantolo is the Co-founder and past President of the Hartford County Bar Foundation, a member of the CT Trial Lawyers Association, National Mentors Association, Multi-Million Dollar Forum and was a legal instructor for trial practice with the Connecticut Police Academy. Attorney Trantolo was an innovator in law firm advertising and still is today. He is a pioneer in groundbreaking media and marketing innovations, which have impacted both state and national legal communities since the mid-1980s. He fought his way to the Connecticut Supreme Court to confront the antiquated rulings and advertising traditions, which forbid the use of television advertising to law firms.

In a landmark historic CT Case, (Grievance Committee vs. Trantolo, January 3, 1984) Attorney Trantolo brought legal advertising into the 20th century, winning a Supreme Court decision which allowed the use of television in Connecticut law firm advertising for the very first time. Vincent Trantolo was able to create an indelible brand name throughout the state by effectively challenging the traditional status quo of legal marketing. Trantolo & Trantolo is still on the cutting edge of law firm marketing in its use of all media formats, including social media and internet.

Vincent J. Trantolo graduated from Fairfield University in 1968 with his B.A. in History. He then graduated from Suffolk University Law School in 1971 with his Juris Doctorate. He has offices in Bridgeport, Hartford, Waterbury, New Haven and Torrington. 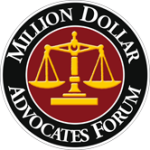