What Is Connecticut’s Move Over Law? 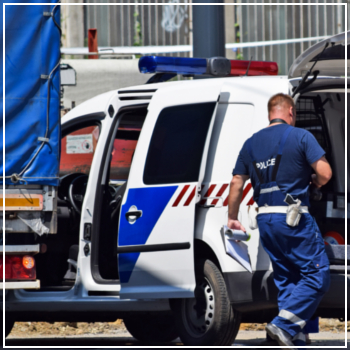 A recent accident along I-395 exemplified why Connecticut enacted its Move Over Law in 2009. A tow truck driver who was assisting at the scene was hit by a tractor trailer that did not slow down or change lanes. Although no one was injured, both vehicles were damaged.

Motor vehicle accidents can put emergency personnel in a dangerous situation, particularly on highways. When helping at the scene, these professionals have to contend with passing cars that may not provide enough space. As seen on I-395, a driver who travels too closely may collide with an emergency vehicle or strike and kill someone.

At a minimum, move over laws require motorists to slow down or switch to the next lane over when traveling by emergency scenes to give officers, EMTs and tow truck drivers adequate room to do their jobs. Here’s what you should know about this important law.

What Is Connecticut’s Move Over Law?

The Move Over Law in our state requires any motorist driving in the lane closest to at least one stationary emergency vehicle in the travel lane or shoulder to immediately drop below the speed limit or change lanes, unless unsafe or not possible to do so. This can provide workers a buffer to safely assess the scene and assist those involved in an accident.

The emergency vehicle must have its lights on for the Move Over Law to apply.

About Connecticut’s Move Over Law

States began enacting Move Over Laws in 1996, due to cars colliding with emergency vehicles and posing safety risks to workers. Connecticut passed its own law in 2009, amended in 2017 to apply these protections to non-emergency vehicles assisting at accident scenes.

Since then, campaigns have highlighted the importance of moving over and law enforcement officers have stopped drivers to issue warnings or citations for failing to slow down or move over.

Why Is Connecticut’s Move Over Law Important?

First responders and non-emergency personnel routinely assist drivers alongside the highway, whether an accident occurred or a vehicle broke down. These locations often expose them to distracted, speeding and drunk drivers.

When stopped emergency vehicles are partially in the road, motorists who do not slow down or move over can cause a devastating accident. Move Over Laws attempt to:

Despite Connecticut’s Move Over Law, risks remain. One report details the New Haven Fire Department’s efforts to keep workers safe, such as adding bright, reflective materials and dispatching a second truck as a shield.

What Happens When Drivers Ignore the Move Over Law?

A driver approaching an accident scene while speeding or using a cell phone might not apply the brakes until it’s too late. Fines and penalties vary, based on the severity of the accident. A fatal incident involving an emergency responder can result in a $10,000 fine, jail time and a potential lawsuit filed by the victim’s family.

If you or a loved one was struck by a driver who ignored Connecticut’s Move Over Law, contact our car accident attorneys today.