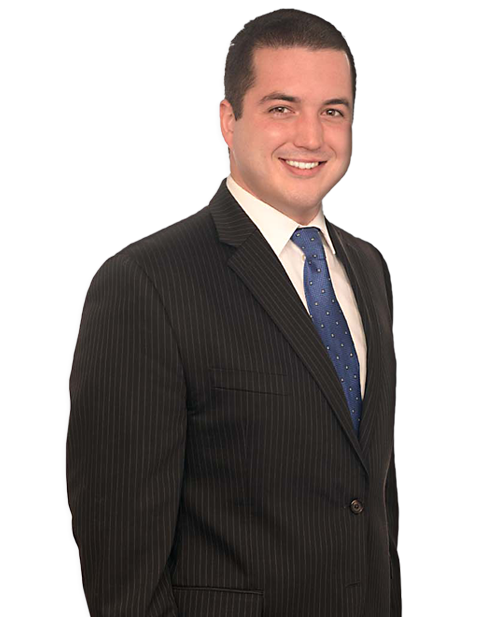 On A Personal Note...
Favorite Musician

“I would say that the quality of each man’s life is the full measure of that man’s commitment of excellence and victory – whether it be football, whether it be business, whether it be politics or government or what have you.” – Vince Lombardi

I'm a Fanatic About

Blake Driscolli was born in Brooklyn, New York and raised in West Hartford, Connecticut. Blake has been working towards the goal of becoming an attorney since a very young age. It has been his lifelong dream to be placed into a position where he can represent individuals that have been wronged and seek justice on their behalf.

Blake Driscolli graduated from Conard High School in 2005 and obtained a Bachelor’s Degree in Political Science from the University of Connecticut in 2009. Soon after college, Blake began working at a large Hartford law firm within their Litigation Department, assisting with contested foreclosures on behalf of the banking industry. After working at that firm for more than five years, while also completing four years of law school at night and graduating from the University of Connecticut School Of Law in 2015, Blake Driscolli came to work at Trantolo & Trantolo.

Since joining Trantolo & Trantolo in June 2015, Blake has assisted several of our attorneys in obtaining substantial settlements and jury verdicts for our clients. In June 2016, Blake became licensed to practice law in both the State of Connecticut and the Commonwealth of Massachusetts. Since that time, Blake has relentlessly pursued the interests of his clients and guided them through the extremely difficult road back to recovery and to eventual redemption. Blake’s focus, drive and passion for our work has demonstrated that he is up for the challenges of this job —namely, taking on large insurance companies and the lawyers that they hire to make sure you and your family are provided with the least amount of compensation possible for your injuries.