Truck accidents can be especially devastating. Commercial vehicles, which could weigh up to 30 times more than a passenger car, often create a significant amount of property damage in a collision and claims far more lives than a crash between cars. For this reason, safety features like forward collision warnings and automatic emergency braking are being added to more commercial vehicles globally, although not widely adopted yet in the United States.

One factor behind this shift, the Federal Motor Carrier Safety Administration reported that truck accidents have increased roughly one-third since 2009. In 2018 alone, 4,136 individuals died in collisions involving a tractor trailer and, in 119 of these incidents, a truck rear-ending a passenger car. These incidents have a higher likelihood of occurring when traffic has slowed to a complete stop or near a work zone, when a driver does not have enough time to brake. 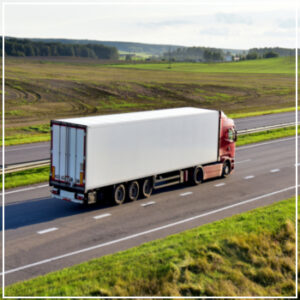 To quantify the effects of automatic emergency brakes and other collision safety systems, the Insurance Institute for Highway Safety (IIHS) recently published a study examining their implementation.

Data supports the implementation of forward collision warning and automatic emergency braking systems in passenger cars. However, their effects in commercial trucks have yet to be studied in detail.

To provide more supporting information, IIHS examined the data available for real-world crashes to determine how effective these safety systems are. IIHS studied data for Class 8 trucks from SmartDrive Systems in 2017 through 2019. Researchers then looked at police-reportable crash rates and collision types for both systems and for trucks not equipped with either.

About These Features In Trucks

Both systems are expected to be standard features in passenger cars by 2022, as more automakers include them in new models. Commercial truck manufacturers do not follow the same standards and, in turn, fewer vehicles in the U.S. feature forward collision warning and automatic emergency braking. On the other hand, manufacturers in the European market have included these features as far back as 2013.

In response to the IIHS report, the Federal Motor Carrier Safety Administration and the National Highway Traffic Safety Administration stated they plan to review the study’s findings. NHTSA conducted its own study in 2015 to evaluate both features in commercial trucks and, in conjunction with the FMCSA, has recommended their voluntary usage.

Based on their own findings, NHTSA has claimed that the current implementation of automatic emergency braking can reduce truck accidents by 2,500 per year. Future systems could reduce the number of accidents by over 6,000 per year.

Supporting NHTSA, the AAA Foundation conducted a similar assessment of existing collision-reducing technologies in commercial trucks and found that:

As one step toward greater adoption, the Safe Roads Act was proposed in 2019. Should it pass, all commercial motor vehicles would be required to have automatic emergency braking.

Did a truck accident transform your own or a loved one’s life? If the manufacturing or trucking company is refusing to accept responsibility, move your case forward with Trantolo & Trantolo. To learn more, contact us today.