Should You Work When Applying for SSD? 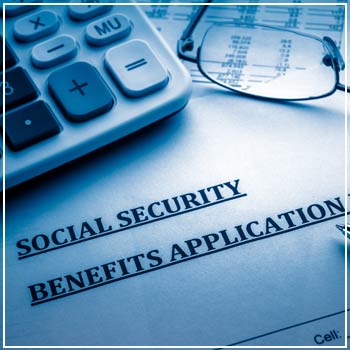 This assumption is partially based on fact: You can’t be performing a substantial amount of work – earning more than $1,130 per month as of 2016 – to receive SSD. In practically all instances, the SSA rejects a claim if it appears you’re doing more than what’s considered substantial gainful activity (SGA), even if you have a documented medical condition that:

However, as is the case with the entire SSD process, there are several points to consider:

What You Do and How Many Hours You Work

Under most circumstances, your claim won’t be denied solely for working if you make less than the SGA amount. However, the SSA has rejected claimants for working a certain number of hours for less less than $1,130 per month. The reasoning? Being able to handle full-time hours, regardless of pay, indicates you’re not unable to work.

In addition to these factors, the SSA has been known to consider volunteer work part of the SGA amount, alleging that such an activity is similar to holding down a paying job. As a result, your claim may be rejected if you spend a decent number of hours doing volunteer work.

If You’re Injured and Earn Above the SGA Amount

Earning more than the SGA doesn’t mean you can’t continue to pursue your claim, especially if your condition drastically cut your earnings, hours and capabilities on the job. In appealing your claim, you may need to prove:

Be prepared to have your claim initially rejected without a medical review. Yet, as you continue to pursue your claim, your medical eligibility may be taken into account.

On the contrary, not working at all doesn’t mean that your claim will automatically go through successfully. In fact, when the SSA notes you left a job, they’ll further expect you to prove your condition directly prevented you from performing your duties there.

In certain instances, an “unsuccessful work attempt” doesn’t count directly as employment but, rather as evidence your condition prevents you from holding a job. Specifically, it should be a duration of six or less months before you left or had to reduce your responsibilities due to your condition.

The SSA holds the self-employed to different standards when it comes to defining SGA. In order for your responsibilities to qualify as SGA, your job must:

Please Share This
Read Previous Article:
« Most Dangerous Roads for Motorcycles in CT
Read Next Article:
6 Tips for Dealing with Aggressive Drivers »