After a lengthy claims process, you have finally received approval for social security disability (SSD) benefits. During this time, you may have lived without any income and now, you’re told you will receive SSD backpay. Also known as past due benefits, how much should you expect to get?

In general, most claimants receive up to 12 months of backpay. How much you receive often depends on when your application was filed or a doctor established your condition. However, the Social Security Administration (SSA) considers the following factors. 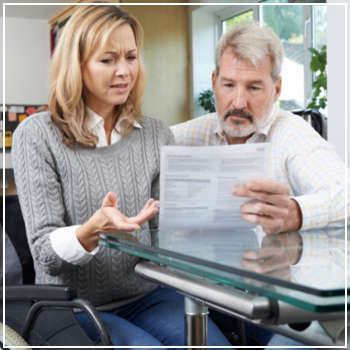 Retroactive benefits specifically apply to the period between when a doctor officially diagnosed your disability – called your “disability onset date” – and when you filed for SSD. Essentially, these are benefits you should have been receiving if you had filed your application earlier.

When You Became Disabled

When you start your SSD application, you are asked to indicate your doctor’s stated disability onset date. The SSA calls this the “alleged onset date” (AOD). Once you’re officially approved, this point in time becomes the established onset date (EOD). During the claim, the Department of Developmental Services (DDS) examiner or administrative law judge looks to verify the AOD through your medical records and work history.

In most cases, the claimant’s EOD is not set before the application date. However, if it looks like your condition started months before you applied and it’s established at that earlier date, you may receive retroactive benefits.

In addition, approved SSD applicants with an EOD go through what’s called the “five-month period”. Specifically, this means that SSD benefits don’t start until five months after the EOD.

In theory, the SSA estimates your application will take roughly five months to be approved, so your benefits won’t be delayed. Thus, from the time you file, your SSD payments will kick in at the sixth-month mark and you won’t receive backpay.

However, multiple rejections and hearings can mean your application takes 12 months for approval. At this point, with the five-month period factored in, you’ll be eligible for seven months’ worth of backpay. If your claim went on for 24 months, you will not receive 19 months of backpay. Rather, you’ll be entitled to 12 full months of past SSD benefits.

Expect to receive your backpay in one lump sum, although when it arrives is not always predictable. Many claimants would like to receive their backpay as soon as possible, but few receive it right after approval. Most see the money deposited into their account at a later date, but sometimes funds get released before approval.

If you’re waiting on SSD and Supplemental Security Income (SSI) benefits, both get adjusted according the SSA’s offset provisions. Specifically, your SSD backpay counts as income for SSI purposes. So, your SSI benefits will be reduced at this time to factor in the SSD backpay you just received.

Please Share This
Read Previous Article:
« Tips for Preventing Winter Workplace Slip & Fall Injuries
Read Next Article:
Could a Criminal Be Caring for Your Loved One? »