One general trend when it comes to individuals applying for Social Security Disability (SSD) is that claims go up during recessions and other periods of economic uncertainty. 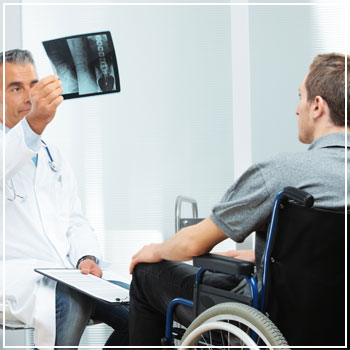 The Social Security Administration (SSA) says that disability payments jumped 29 percent for people with little to no work experience from 2003 to 2013, 44 percent for those formerly in the workplace and 28 percent for veterans. Since 2007, those on SSD and SSI rose about 25 percent in total.

Yet, our most recent recession isn’t an anomaly. Instead, when a similar economic downturn hit in 2001, SSD claims increased 13 percent; afterward, filings slowed until 2009, when they jumped 21 percent.

The greater number of individuals applying slows the process and results in fewer approvals overall. So, why does this trend occur?

There’s one assumption that this trend indicates more individuals are attempting to work the system. Yet, research from University of California at Berkley shows that this isn’t the case. Instead, if individuals were trying to use SSD as an alternative source of income, there would be a decrease in unemployment benefits at the same time enrollment in disability increased. Rather, from 2008 to 2009, when the government extended unemployment benefits, more individuals continued to file for SSD.

Why is this so? Researchers estimate that, in general, there are fewer work opportunities for individuals with disabilities. When jobs are scarce, these chances drastically drop, which then makes a career switch – such as going from physical labor to a desk job – nearly impossible.

At the same time, data indicates that fewer companies are likely to hire an individual with a disability, but they’re willing to make accommodations for an existing worker who becomes disabled, especially during a recession.

Statistics show that the aging population has increased by eight percent since 2003. However, while more Baby Boomers are retiring, they’re also reaching the age where disabilities are more likely to occur – their 50s and 60s. Those getting laid off at this age are more likely to have an injury, which can make it difficult to find employment again.

As a result, more individuals at age 62 started claiming benefits during the last economic recession. According to figures, the amount increased two percentage points, to 35.8 percent.

A Greater Survival Rate for Soldiers

Along with the aging population, modern medicine has allowed more soldiers to survive wars – including the two over the past decade – but these individuals are more likely to return home with severe injuries, as well as conditions like PTSD.

For all the factors listed above, veterans living with an injury and unable to find employment may file for SSD when a recession hits.

Please Share This
Read Previous Article:
« The Sobering Reality of Drunk Driving
Read Next Article:
The Most Dangerous Places to Drive in Connecticut »