You’re visiting a neighbor or friend’s house, perhaps helping with repairs or watching the big football game. At some point during the day, you trip over a rug, fall down stairs or slip on a wet patch on the deck. Not only are you a bit sore from the fall, but your injuries send you to the hospital. The homeowner apologizes profusely and says it was just an accident. However, you’re now faced with medical bills for the visit and possibly long-term care too. At this point, what options do you have?

Does the Owner Have Insurance and Want to Use It? 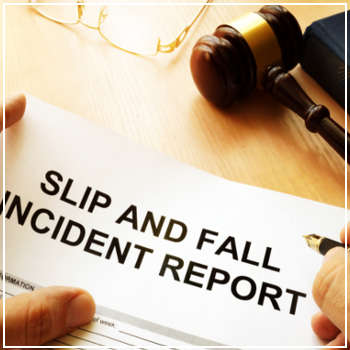 For slip and fall injuries, pursuing a claim with the property owner’s homeowners’ insurance is a solid starting place. Yet, several factors come into play that need to be considered too. Although lenders require homeowners to take out a policy with their mortgage, many who have paid off this outstanding amount decide to drop their insurance over the expense. As such, your friend or neighbor may not have coverage at all.

However, plenty of homeowners with and without outstanding mortgages try to use their policy as little as possible, concerned their carrier will drop coverage for any claim reported. As a result, he or she may resist giving you any information, instead saying they will file the claim themselves.

At this point, you may need to get your own legal team involved. If you believe the homeowner has insurance, you can sue to be provided with the right information to begin your claim.

When You Report Your Claim

In all cases, your claim needs to be reported right away. If you wait too long, the homeowner’s insurer may not believe your claim is legitimate and may deny it outright.

Also, come prepared with proof of the incident:

As with any other slip and fall case, the property owner’s responsibility must be determined. At the same time, your behavior at the time of the incident is additionally examined. For injuries on private, personal property, you need to prove the owner was negligent and you acted in a responsible manner before the incident. Simply slipping or falling on someone’s steps doesn’t entitle you to compensation.

With these factors taken into account, be ready to answer the following questions:

If you were not warned or failed to see a hazard and the homeowner made no attempt to improve the situation, you may have a claim. However, if you were an adult trespasser, you don’t have the same rights: The homeowner doesn’t have to warn you of hazards, doesn’t have to clean up the conditions and isn’t responsible for your injuries, as he or she didn’t allow you onto the property.

On the other hand, the only exception is when children are concerned. In some instances, children may walk onto a neighbor’s or friend’s property without permission to use a swing set and become injured after falling on a slippery surface. Because these factors are known as “attractive nuisances,” the homeowner may be responsible for the child’s injuries, regardless of whether the child was officially allowed onto the property.

Slips and falls through a homeowner’s insurance carrier begin like a car accident claim. You’ll work with an adjuster who, after hearing your side of the story, will also speak with the homeowner for their perspective. Also, you’ll be expected to give a statement and present documentation concerning medical treatments and lost earnings. Then, the adjuster will try to settle the claim.

As with a car insurance claim, it’s recommended that you present the facts and nothing else. No feelings – even saying you’re “fine” could be held against you – and no opinions should come into play.

Homeowner’s insurance also plays part in an injured person’s medical bills, even when the homeowner wasn’t negligent – up to $10,000. While you may find yourself haggling with the insurer over the homeowner’s responsibility, this portion of the policy pays your medical expenses on an ongoing basis. In response, continue submitting your bills to the adjuster throughout your treatment or until you reach the policy’s limit.

More often than not, you’ll need a lawyer to pursue a slip and fall claim. If you slipped on someone’s private property due to the owner’s negligence and the insurer won’t pay up, reach out to the Trantolo team for assistance. To learn what we can do for you and your family, give us a call today.