Talcum Powder & Asbestos Exposure: What You Need to Know

Stretching back decades, claims concerning Johnson & Johnson’s baby powder have revealed a correlation between regular usage and the development of ovarian cancer. However, based on recent reports and an investigation by Reuters, ovarian cancer is not the only risk you have to worry about. In rare instances, consumers have developed mesothelioma, a condition contracted after exposure to asbestos – even if it was decades ago – and allege Johnson & Johnson’s baby powder is to blame.

Following Reuters’ findings, the company’s stock sharply dropped and a social media campaign to soften the talcum powder-based product’s image unfolded. As Johnson & Johnson does damage control, results in the courtroom are not always clear cut. In 35 out of 40 cases to date concerning cancer and talcum powder, the courts ruled in favor of Johnson & Johnson. In others going back to the 1950s, the trace amounts of asbestos found helped sway the court toward the plaintiff.

According to figures from Bloomberg Intelligence, Johnson & Johnson may have to pay out as much as $20 billion to settle as many as 12,000 impending claims. Yet, if you believe baby powder usage contributed to your or a loved one’s mesothelioma, here’s what you need to know.

Johnson & Johnson Knew for Decades About Asbestos in Baby Powder 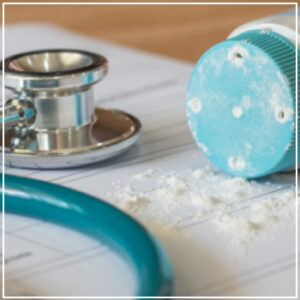 On a very general level, talc – found in baby powder – and asbestos – used for fire prevention – are mined from the same source. Based on once-confidential documents Johnson & Johnson had to hand over for its recent flood of mass tort claims and examined by Reuters, Johnson & Johnson identified asbestos in their product in the 1950s. Initially, no one considered cancer as a possible risk. Rather, the company worried the material made the powder abrasive.

As the hazards of asbestos came to light, Johnson & Johnson’s team started taking the issue seriously in the 1970s – albeit under wraps, so they could continue selling the product. At the time, batches tested positive for small amounts of asbestos. Yet the issue, which extended into the 2000s, is far more complex than a company concealing crucial data:

Over the decades, Johnson & Johnson has improved its testing, with X-ray scanning being the primary method and electron microscopes used for a closer, more detailed evaluation. Yet, the company’s approach has allowed for multiple gaps:

Although Reuters’ findings and a subsequent New York Times report focus on Johnson & Johnson’s and the FDA’s reporting, studies conducted outside of the U.S. have come across similar results. According to a report in Business Insider, a paper by Environment and Climate Change Canada analyzed 29 studies that examined the correlation between baby powder usage and ovarian cancer, and further looked at talc-based products for body, face and feet.

The report found that inhaling talc has a long-term, cumulative effect. Specifically, the ultra-fine particles enter the lungs and stay there, eventually contributing to respiratory issues and scarring the lung tissue. Over time, someone who inhales talc regularly may have difficulty breathing and develop pulmonary fibrosis.

Do you believe you’ve developed ovarian cancer or mesothelioma after using baby powder for a number of years? You may have a claim against Johnson & Johnson or a similar manufacturer. To bring your case to our attention, contact us today to speak with a product liability lawyer.