Fortune Magazine recently reported that Bayer had drawn up a $10 billion settlement to address 85,000 pending lawsuits concerning Monsanto’s glyphosate-based herbicide, Roundup. Although no official announcement was released at the time, Bayer made a verbal agreement with the plaintiff’s lawyers.

A total of 125,000 cases are pending against Monsanto and its parent company Bayer; the settlement would cover the majority of existing claims and anticipate futures ones. It’s estimated that plaintiff settlements may be tiered, from a few thousand to millions of dollars each.

Fortune reported that Bayer plans to allot $8 billion to all current cases, including pending claims and those in abeyance. Another $2 billion would go toward future plaintiffs claiming they contracted non-Hodgkin’s lymphoma after using Roundup for a number of years.

However, the settlement comes with certain terms. Bayer plans to keep selling Roundup in the US for both commercial and at-home use, without adding a safety warning. Attorneys currently managing the pending claims may also have to agree to stop advertising and taking on Roundup-related claims.

Leading Up to the Settlement 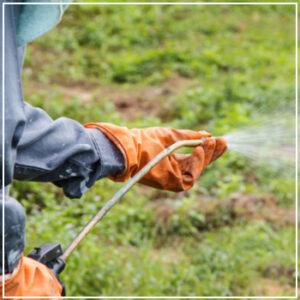 Allegations that Roundup causes non-Hodgkin’s lymphoma have existed for nearly two decades but claims against Bayer, which acquired Monsanto in 2018, picked up over the past two years. Reports of a settlement started circulating nearly a year ago, although Bayer dragged out the process when states implemented COVID-19 shelter-in-place measures.

Since trials against Bayer and Monsanto started, courts ruled in favor of the plaintiff in three cases, initially requiring the company to pay $80 million to $2 billion, although the court reduced the total amount to $191 million at Bayer’s request.

Going into 2020, the company was facing a growing number of claims: In February alone, the pending number increased from 48,600 to 52,500, while it’s stock price dropped.

Monsanto introduced Roundup in the 1970s as an herbicide designed to kill weeds, without damaging crops. The company claimed the product could be used regularly without the need for personal protective equipment (PPE) and was safe for humans and pets.

Yet, questions arose early on about Roundup’s primary chemical, glyphosate. The Environmental Protection Agency (EPA) first classified it as a Group C chemical, a possible carcinogen known to cause cancer in mice, but reversed their decision nearly 20 years later – the same time Monsanto introduced Roundup Ready Seeds – and reclassified it as Group E for non-cancerous substances. However, the World Health Organization still classifies Roundup as a probable human carcinogen.

Adding fuel to the fire, court documents for the pending claims indicate that Monsanto released several ghostwritten scientific articles over the course of 20 years and influenced the results of studies conducted by Industrial Bio-Test Laboratories (IBT) on Roundup’s toxicity levels. The company then used this doctored data to appeal to the EPA to have glyphosate’s classification changed and spent the 1990s claiming their products were non-toxic.

Basis For Most Claims

A 2015 World Health Organization International Agency for Research on Cancer (IARC) study that found lab animals developed cancer after exposure to glyphosate. Thus, the WHO claims glyphosate poses a limited health risk to humans and pets.

To counteract these claims, the EPA continues to state that Roundup poses no public health risk, according to the results of their 2019 Human Health Risk Assessment.

Following the WHO’s study and the increasing number of claims against Monsanto, US cities and countries across the world have started banning Roundup for use in public spaces, requiring communities to find other alternatives for weed control.

For decades, many sprayed glyphosate on their lawns and personal gardens or were regularly exposed while working in agriculture. Studies have also found that, through commercial use and products like Roundup Ready Seeds, consumers may be exposed to small doses of glyphosate via the foods they eat. After decades of deception, we believe Monsanto and other herbicide manufacturers using glyphosate should be held accountable. If you have any questions, please contact our product liability lawyers today.

DISCLAIMER: This content is for informational purposes only. Trantolo & Trantolo is not currently accepting cases for this lawsuit. Please check in the future for any updates.

Please Share This
Read Previous Article:
« Invokana’s Cardiovascular Risks: What You Need to Know
Read Next Article:
Fatal Car Accidents Have Increased During the Pandemic »