When a patient has a higher risk for developing a life-threatening blood clot or continues to have clotting issues while on a blood-thinning medication, a doctor may recommend implanting an inferior vena cava (IVC) filter. An IVC filter is a retrievable device that helps prevent deep vein thrombosis (DVT) and pulmonary embolism. Without the IVC filter, the blood clots may migrate to the lungs. 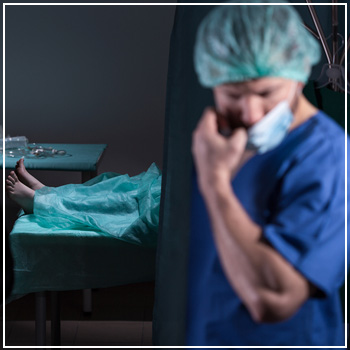 While doctors have recommended IVC filters as far back as the 1970s, the FDA released a warning about its safety risks in 2010 after receiving over 900 adverse event reports. Four years later, the FDA released a safety communication to doctors, recommending the filter’s removal once a patient is no longer at risk for pulmonary embolism. According to the FDA’s statement, the IVC filter should be removed within 29 to 54 days of the initial procedure.

But two years later, a study by the American College of Cardiology discovered that doctors fail to monitor patients after implanting an IVC filter and don’t provide them with adequate information about the device. Subsequently, in spite of the FDA’s two warnings, retrieval rates remain low.

Between the initial implant, retrieval and long-term use beyond the FDA’s recommendations, IVC filters pose several serious complications.

As with any surgical procedure, implanting an IVC filter comes with certain risks:

In retrieval, blood vessel perforation remains an issue. However, patients have to further contend with:

Although IVC filters aren’t designed to be permanent, a 2011 study published in the Journal of Vascular and Interventional Radiology found that fewer than one-third of all devices get removed. A lack of communication and follow-up between the patient and doctor is one of the primary reasons for this low percentage.

Long term, an IVC filter that stays in the body may:

Perforation may occur not long after the FDA’s recommended removal deadline. A study published in 2014 found that perforation frequently happens within 71 days. Out of all subjects studied, 40 percent saw their filters migrate from their initial position.

The pain also may not be noticed right away, as the blood vessels don’t have any nerve endings. Instead, abdominal or back pain could be the first sign of migration or perforation. At this point, patients should bring it to their doctor’s attention immediately.

In other instances, migration or perforation may manifest as:

According to a study from the Hospital Nord in Saint-Etienne, France, recurrence of pulmonary embolism doubles over the course of three months when a patient uses an IVC filter, compared with anticoagulant medications.

Data from the Washington University School of Medicine in St. Louis reveals that IVC filter usage started declining in 2010 after a 22-percent increase from 2005 and decreased 25 percent by 2014. At the height of its usage, close to 130,000 annual patients received these devices. Because the FDA has not recalled the device, patients continue to receive IVC filters, and those previously implanted must live with the side effects.

If you received an IVC filter, only to experience embolism, fracturing, migration or perforation without being warned of these risks beforehand, you may have a claim against the device’s manufacturer. To discuss your case, contact Trantolo & Trantolo to speak with our experienced defective medical device lawyers today.