Robert Baden-Powell, the English soldier who founded the Boy Scouts, published the motto “Be Prepared” in his 1908 handbook, Scouting for Boys. He wrote that to be prepared meant “You are always in a state of readiness in mind and body to do your duty”.

Little did he realize the paradox of these words over a century later, as at least 12,000 men from throughout the United States have filed sexual abuse claims against the Boy Scouts of America (BSA).

Claims Against the Boy Scouts of America 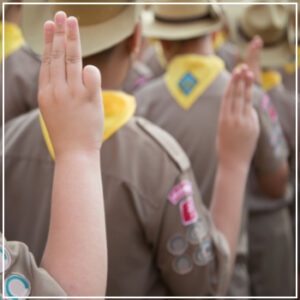 None of these former scouts would ever be prepared for the abuse they faced from the Boy Scout Leaders in authority over them. These victims have now come forward to seek justice for the harm they experienced and to punish those individuals responsible.

According to Abusedinscouting.com, there were as many as 35 Boy Scout Troops in CT who may have had victims in their midst, and sexual predators in their leadership.

At Trantolo & Trantolo, we understand that boys who were sexually abused by those in trusted positions may have difficulty speaking about this situation. If you are one of those young men, we want you to know that we are here for you and that it’s not too late to start healing from this horrible experience.

According to Legal-Bay, LLC there is a deadline for filing suit against the BSA. Claims will only be accepted until November 16, 2020. Failure to file suit by this date means victims may not get the justice they deserve for the terrible abuse they experienced as children.

To date, over 12,000 men across the country have filed sexual abuse claims against the Boys Scouts of America. This organization has already paid out more than $150 million in settlements to some of these victims and has announced that it’s filing for bankruptcy.

There are three promises of duty that every Boy Scout makes in his Oath: Duty to God and country, Duty to other people, and Duty to self.

Please know that if you have been sexually abused by a scout leader, you have until November 16, 2020 to take action. Please also know that we are prepared to do our duty; prepared to help.

Sexual abuse survivors can go to OfficialBSAClaims.com for more information and to submit a claim.