Many Nursing Homes Are Unprepared for Natural Disasters

As the 2018 hurricane season nears its end, the need for adequate disaster preparedness at nursing homes continues to become more evident. News coverage highlights the plight of residents needing to evacuate and later returning to destroyed homes and possessions. This time last year, AARP pointed out how storms and inconsistent disaster preparedness surrounding these events lead to unnecessary deaths.

Even if flooding doesn’t occur, hurricanes and other types of natural disasters have far-reaching complications. In one instance during last year’s season, Hurricane Irma disabled a Florida nursing home’s air conditioning system for several days, exposing residents to extreme heat. Staff made no effort to move residents and 12 died of heat exposure. This past year, the U.S. Coast Guard assisted with evacuating residents from storm-related flooding in North Carolina and Florida. 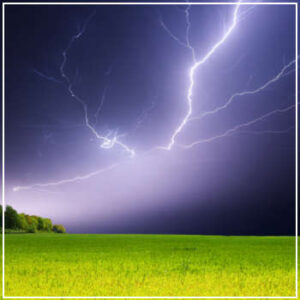 These incidents have been going on for years, rarely getting significant news coverage. According to a Department of Health and Human Services report, data indicated that, even post-Katrina, disaster preparedness isn’t uniform across facilities and nursing homes rarely prepare for the worst:

As findings like this come to light, the Centers for Medicare & Medicaid Services has started requiring homes to put together emergency and disaster preparedness plans using specific guidelines. While the effort could lead to improved response, multiple elder care experts have pointed out loopholes:

A recent review of federal records found that, over the past four years, nursing homes received 2,300 citations concerning emergency planning regulations and another 1,400 for inadequate emergency generator upkeep.

Where Emergency Preparation is Working

In one example from AARP’s report, Genesis, a nationwide chain of roughly 450 nursing homes, started buildings its emergency preparedness strategy after Katrina in 2005. Since then and refined with every major storm, the company has required:

When a storm is imminent, a nursing home often has a plan for sheltering in place, where residents stay put and staff members are trained to respond to the disaster and any complications. Successful planning requires that the home already have adequate resources, including backup power, and be ready to evacuate at a moment’s notice, all while keeping all residents safe. In an ideal situation, sheltering in place reduces stress on residents, allows them to continue receiving care and provides resources to get through the storm.

While a home may be physically designed to withstand the storm, a building is not enough when the flood waters are rising and the power shuts off; extraneous factors have just as great of an impact. For instance, communication with state and local emergency personnel influences how fast and smoothly evacuation occurs. Effective communication pathways are also vital to keep a home powered during and after a storm.

At the national level, the push for improving how nursing homes respond to natural disasters continues to grow. After the findings of the “Sheltering in Danger” report were released in November 2018, members of Congress called for more oversight, clear, stronger rules, better communication and emphasized prioritizing resources for nursing communities during a disaster. The report offers 18 recommendations for improved disaster preparation.

According to one report from NPR, federal inspection records show that homes are rarely reprimanded when they violate the CMS’ emergency preparedness guidelines. In many cases, violations could jeopardize patient safety:

State officials review facilities’ emergency plans and determine if a home has any safety violations. In NPR’s report, violations and inspection results weren’t uniform across all states. In some locations, a quarter to half of all homes received citations. Oregon, Mississippi and Indiana did not receive any citations over a four-year period.

The staff at nursing homes are already stretched thin, with facilities regularly understaffed. Based on one report from The Huffington Post, natural disasters may exacerbate this issue. Staff members can’t get to work and thus, there aren’t enough personnel to assist residents in a storm or help during an evacuation. A home might not even have adequate transportation to evacuate all residents, making communication with local emergency responders a life-or-death situation.

Power outages affecting residents’ health, inadequate evacuation and ignoring treatment plans all fall within the scope of nursing home negligence. If you found that your loved one’s safety and health were endangered in the aftermath of a storm, you don’t have to be silent. Work with Trantolo & Trantolo’s lawyers to hold the home and its staff accountable for their lack of preparation. To bring your claim to our attention, contact us today.

Please Share This
Read Previous Article:
« How Safe Is Your Hospital?
Read Next Article:
What Can Happen When a Car Accident Is Not Reported? »