For years, patients neglected, injured or abused at a nursing home would attempt to pursue a legal claim against the facility, only to find that an arbitration agreement – signed during the intake process – prevented them from taking this direction. Rather, the home required the patient to dispute the issue in arbitration, a process often in the facility’s favor and one that prevents the incident from being recorded.

Yet, last year, the Centers for Medicare and Medicaid Services proposed changes to its 15,000 government-funded facilities, including preventing homes from using an arbitration agreement as a condition of admission, allowing patients the recourse to pursue a legal claim and ensuring patients understand what the agreement contains.

However, based on a recent article in the New York Times, President Trump may do away with this measure, believing that the CMS’ changes pose high expenses on nursing homes and that legal fees could go toward patient care. The decision follows the growing pattern of proposals to reduce regulatory costs and add more binding-arbitration clauses to consumer contracts, in order to trim business operation expenses. 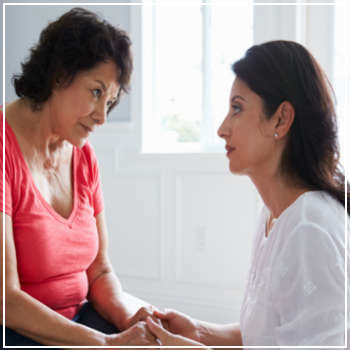 As experts point out to the Times, the move poses several issues. One, more than half of nursing home residents suffer from Alzheimer’s or another form of dementia and could be signing a document they do not fully understand. Secondly, the intake process tends to be hectic with large amounts of paperwork. Previously, family members going through the steps would just be told to “sign this,” and later would discover they put their signature on an arbitration agreement.

Rather than the process going back to how it used to be, the administration has proposed additional changes:

Results of the Proposal

Approved in September 2016 and expected to go into effect the following November, the CMS’ changes intended to reverse the trend of persistently negligent care at certain government homes. Had the changes been implemented, all facilities accepting Medicare and Medicaid payments would have been banned from requiring future patients to sign an arbitration agreement to be admitted.

However, not long after the CMS made its announcement, the American Health Care Association disputed the changes, stating that arbitration is fair for both parties and offers a quicker, more cost-effective solution for the injured individual to resolve a claim. As a result, a U.S. district judge in Mississippi blocked the new rules from going into effect, until a resolution could be reached. However, with the case pending through the election, Trump’s administration decided not to defend the CMS’ position, deciding to dismiss it and potentially replace it with the recent proposal.

No matter if your claim goes to trial or arbitration, you need legal guidance to prove your case. Trantolo & Trantolo’s team of nursing home attorneys can assist with gathering evidence and legal representation. To learn more about what we can do for you, contact us today.

Please Share This
Read Previous Article:
« How Dangerous Is Emissions Cheating Software?
Read Next Article:
10 Thoughts for the Injured »