How widespread is sexual abuse in nursing homes? Unfortunately, this problem extends back decades, yet no federal data paints a comprehensive picture. In response, CNN conducted its own investigation, examining both state and federal data and interviewing experts. Its findings fall in line with past studies involving elder abuse and offers more insight into why this problem persists.

Abuse is Difficult to Identify 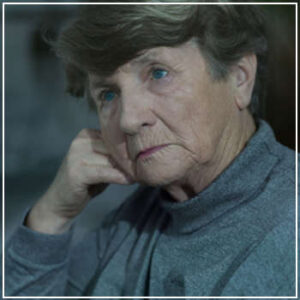 When a resident has been abused, who is responsible? CNN interviews indicate a couple of factors that make identifying and reporting sexual abuse a challenge for residents and their family members:

Why are there no definitive statistics concerning sexual abuse in nursing homes? This lack of data can be attributed to how reports are handled and what facilities do when a resident or his or her family claims abuse occurred.

For one, claims are investigated at the state level by the Centers for Medicare and Medicaid Services. Data from investigations is used to rate homes and those with repeat offenses are often fined or have their federal funding withheld. However, this approach has several holes in it, including:

Since 2000, over 16,000 complaints of sexual abuse and assault in long-term nursing facilities have been filed and resolved by the state long-term care ombudsmen. Between 2010 and 2015, data by the Administration for Community Living indicates that 226 homes were cited for failing to protect residents against sexual abuse. Of this total, 60 percent were fined and just 16 had their Medicare and Medicaid funding cut. CNN further found that, for the homes fined or having their funding withheld, CMS either cut the amount or only temporarily blocked the facility’s federal funds or was reluctant to close the home, as the residents would have no place to go.

In Connecticut, one location fined was Orange Health Care Center. In 2014, a report from the state Department of Public Health revealed an assault at the home involving two residents.

Profiles of Perpetrators and Victims

Within a facility’s environment, aides, nurses and other staff members were behind one-quarter of abuse allegations, occasionally filming the incidents or taking pictures with their phones and passing around the evidence. A smaller percentage involved visitors or unknown assailants.

When the home’s staff was involved, reports tended to involve more serious incidents. In certain cases, these reports showed that a group of employees would gang up on specific residents or that one worker would repeatedly assault a handful of patients. In nearly 80 percent of all cases, the aide committing the abuse was the patient’s direct caregiver.

As far as victims are concerned, past studies have shown that:

Furthermore, a previous study conducted by the National Institute of Justice (NIJ) found that patients who were older and had no signs of physical trauma were less likely to be believed. As a result, their claim was less likely to result in a conviction.

What You Can Do

If your loved one is in a nursing home, it’s important to recognize the telltale signs of sexual abuse:

If you believe your loved one is a victim of sexual abuse in a nursing home, we believe the facility must be held accountable. If you have a claim to pursue or are dealing with a home that refuses to listen to your loved one’s complaints, turn to our team at Trantolo & Trantolo for assistance.