We understand it’s not always an easy decision to place our loved one in a nursing home. Yet when a family member’s care becomes too much or too expensive, this move can be the best choice for many American families.

To make sure our loved one receives the best possible care, we research facilities in the area, look up state reports involving nursing home safety citations and ask for advice within our social circles. Once we select a facility, we expect the staff to address our loved one’s health issues, attend to their physical needs and keep them safe.

Unfortunately, a recent Senate report issued by Pennsylvania Senators Bob Casey and Pat Toomey found that the Centers for Medicare and Medicaid Services listings are woefully incomplete. Roughly 400 homes with a regular record of poor, negligent care have been left off the existing database. Often with routine safety, health and sanitation issues, these homes may be given a one-star rating but are not subject to the same degree of public scrutiny as the 80 publicly disclosed facilities. These homes are given a yellow warning symbol, indicating their problematic status. 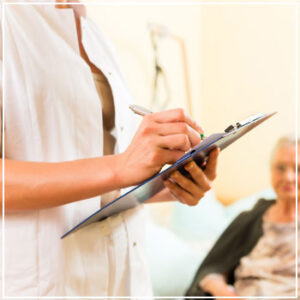 Released in early June, this Senate report pulled information from CMS inspection data to report that the violations of these 400 homes have long been kept under wraps. There are only 80 homes available for public viewing that have been placed in the CMS’ Special Focus Facility program. Once on this list, homes receive a greater degree of scrutiny by local CMS inspectors, including more frequent visits. Facilities that don’t improve within a certain timeframe are cut from Medicare and Medicaid funding.

On the government’s Nursing Home Compare website, a yellow triangle is placed next to a home with enough repeat issues to warrant a place on the Special Focus Facility list and a star rating isn’t provided.

For years, families have taken this approach to research care options for their loved ones. Yet, the Senators’ report found that the 400 unlisted facilities often have the same type and frequency of violations as homes on the Special Focus Facility list. This deception keeps these potentially dangerous facilities in operation and subjects patients to substandard care without any government oversight.

How does a home end up on the list? First, inspections grade a home in six key areas: Health, fire safety, staffing, quality of care, penalties and overall rating. Then, the home receives a star rating from one to five. Lower-grade homes requiring more attention have a greater number of deficiencies and more severe violations. From here, the regional CMS office decides which homes deserve to be in the Special Focus Facility program and they’re more frequently monitored once on the list. Homes that do not make the list continue to receive federal inspections every 12 to 15 months.

This process many seem straightforward, but many homes that didn’t make the cut had multiple incidences of infections, malnutrition, sewage backups, pest infestations, medication errors and allegations of staff assaulting residents.

Spurring the Senators into action, a November 2018 PennLive report titled “Still Failing the Frail” identified the loopholes in Pennsylvania’s system that have allowed borderline-dangerous homes to remain in operation. On a state level, these factors amount to:

How the Report Affects Connecticut

Five multi-violation homes in Connecticut were included in this report. In response, ProPublica put together data concerning their specific fines and deficiencies:

In conclusion, both Senators agree that homes with multiple reports ought to be inspected more frequently and more rigorously. Yet, without sufficient funding, homes that routinely put patient safety and health at risk don’t make the cut. In turn, we may place unsuspecting place loved ones in danger.

If your loved one was neglected or abused at a nursing home, it’s time to hold the owners and staff accountable. Start by speaking with a nursing home negligence attorney at Trantolo & Trantolo today.