When making decisions about where to find elderly care for their loved ones, family members turn to the Nursing Home Compare data compiled by the Centers for Medicare & Medicaid Services (CMS). 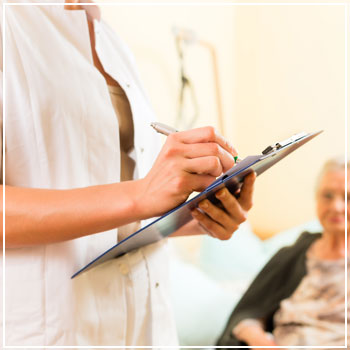 The CMS’ figures show major lapses in care and negligence declining 50 percent since 2005, while, at the same time, nursing homes have increased their staff. Yet a recent report from the U.S. Government Accountability Office indicates that, because of self reporting, these improvements may not be accurate.

According to an article from the Connecticut Post, GAO suspects errors because of the increase in consumer complaints over this period. While incidents have gone down, complaints went up in 30 states, including a 20-percent jump in Connecticut. The amount comes to 1.6 complaints per home in 2014.

GAO further sheds light on how the CMS collects its data. The government organization uses self-collected information from the homes and gathers it through multiple survey types.

At the same time, the surveys may not be presenting the full picture because of budget cuts. Particularly, GAO reported, cuts have prevented state agencies from completing the highest-level surveys, while the CMS’ “special focus facilities” program targeting homes with multiple issues lessened its outreach.

Based on the existing data from the state’s Department of Public Health, Connecticut’s number of serious deficiencies decreased from 0.35 per home in 2005 to 0.21 in 2014 – a 41-percent drop.

While the decrease looks good on paper, Connecticut’s supposed improvements pale in comparison to the rest of New England: Some states saw numbers half over the past decade, while Connecticut’s amount remains above the national average.

In response, the CMS plans to improve how it collects and monitors data, including facilities’ self-reported information.

Putting a loved one into a nursing facility is never an easy decision, and involves a significant amount of research. And, for the family members going through this difficult process, the data must be accurate, in order for you to find the best place for your loved one’s needs.

If you suspect negligence or something worse may have happened to your loved one, get Trantolo & Trantolo involved. Our lawyers take on cases in elder abuse and nursing home negligence, and can examine your claim. Contact any of our Connecticut locations today to learn more.

Please Share This
Read Previous Article:
« Winter Driving Safety Tips: Before You Drive and On the Road
Read Next Article:
3 Common Slip and Fall Hazards in Winter »