In June 2019, a New Jersey nursing home case in which 11 children died due to a disease outbreak the previous year reached a resolution. In the fall of 2018, adenovirus infected 36 residents and one staff member. This disease displays flu-like symptoms but is significantly harder to treat. The home’s insufficient disease control and sanitation procedures contributed to the spread of adenovirus.

Under recommendations from the state health commissioner, the resolution is meant to prevent an incident of this degree from happening again. At this location, vulnerable patients, including children dependent on ventilators, were not given the attention they needed and parents unnotified of the incident until their children passed away. An investigation further found the home had no infection-control processes and no hand-washing protocols for staff members.

The recommendations for this condition, similar to gastrointestinal viruses, influenza and respiratory infections, involve quarantining sick residents from the rest of the home and having a dedicated group of staff members for care. While this incident in Wanaque, NJ illustrates how widespread negligence can have fatal consequences, it’s far from the only example. In July 2019, a respiratory illness outbreak at an assisted living facility in Springfield, VA affected 54 of 263 residents, with two deaths and 18 hospitalizations.

It’s never an easy decision to put our loved ones in a nursing facility, but you trust your loved one will receive the care he or she needs. Unfortunately, disease outbreaks can happen, especially around flu season. Here’s how and why these incidents occur. 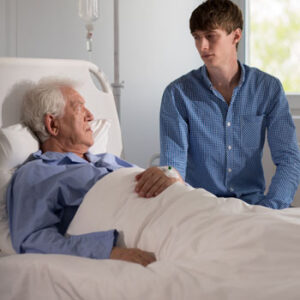 A cold or cough can quickly spread in shared spaces like nursing homes, as residents and staff members share air, food and equipment. As Nursing Times pointed out, the population makes this situation unique: Elderly adults and others requiring specialized care are more vulnerable to infections. Also, diseases that a healthy adult could get over can be deadly to those with compromised immune systems.

However, not all diseases are as easily identifiable. No-infection outbreaks, or organisms that get shared between residents without causing an infection initially, have been known to occur. Symptoms arise later and tend to involve a greater percentage of the home’s population.

Within the nursing home, certain practices and conditions encourage the spread of infectious diseases, including:

In many instances, an outbreak is rarely restricted to a single facility. Particularly where the flu is concerned, the condition may cover an entire region. Contributing to the spread, visitors, residents and staff members come and go. This may bring in diseases from the community or pass one condition onto another facility, if a resident requires a different kind of care.

Although a range of diseases can strike nursing facilities, outbreaks frequently involve:

For these conditions, vaccination might slow but doesn’t completely stop the spread. In fact, patients who received flu shots may still pick up a different strain during an outbreak. Especially for the flu, symptoms often present differently in elderly populations, which often leads to delays in diagnosis and allows the outbreak to spread further.

A facility’s response may quite literally be the difference between life and death. Based on recommendations from the Department of Health and Human Services and Centers for Disease Control and Prevention:

Was your loved one the victim of an outbreak in a nursing home? To hold the facility and staff members responsible for negligence, contact Trantolo & Trantolo. To start your claim, give us a call today.