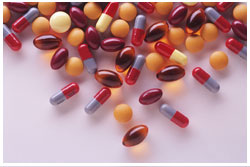 Based on two reports in May, the state Department of Public Health has been investigating and monitoring two Connecticut nursing homes.

According to a write-up from CTWatchDog.com, the Village Green of Wallingford Rehabilitation and Health Center was fined $7,500 for multiple violations stemming from an October 2014 visit.

At the time, the home’s doctors were not notified of a patient’s weight change or that medications were not available; residents’ complaints were ignored; routine dental care was not provided; and regular meals and medications were not given within a reasonable time. Reports claim these issues stemmed from staff cuts in 2013.

In response, the Department of Public Health is requiring a nurse consultant to monitor the facility. This professional is now expected to work at Village Green to ensure all residents remain clean and comfortable, are not abused or neglected, and receive standard medical care, including having doctors notified of health changes.

Around the same time, a nursing home in Stratford came under fire for medication errors. According to a report on CTNews.com, the state Department of Public Health had been investigating the Lord Chamberlain Nursing and Rehabilitation Center, where a nurse confessed to stealing patients’ prescriptions and replacing them with over-the-counter pain killers and allergy medications.

The local police received reports this nurse had been stealing and swiping out patients’ medications, and in response, they set up surveillance in the facility. Reports allege the nurse replaced prescription Percocet and Oxycodone with Tylenol and Claritin, respectively, and attempted to sell them to other nursing staff.

Her work history at the home extends back to 2010; however, police are still investigating the extent of these abuses and if any patients were harmed as a result. She has since been charged with first-degree recklessness, endangerment, cruelty to persons, illegally obtaining and possessing narcotics, and possession of a controlled substance.

When searching for elder care, family members want the best for their loved ones. However, if you suspect negligence or abuse occurred, start investigating your claim, and get Trantolo & Trantolo’s nursing home attorneys involved. Contact any of our Connecticut offices to speak with an experienced lawyer.