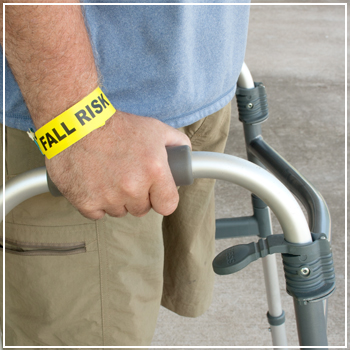 The New Haven Register reported five nursing homes fined by the state Department of Public Health in January 2016. While each location has its own individual cases, two themes overlap: Residents falling when the staff does not follow procedure and injuries or fatalities occurring as a result.

At Water’s Edge Health Center in Middletown, one resident fell out of bed in November, only to die days later. Attributed to this incident was an aide, who attempted to turn the patient in bed without assistance. The patient ended up in the hospital with broken facial and spinal bones as a result.

In response, the facility fired the worker, reprimanded and re-trained its staff and issued a statement, in which a spokesperson told the press, “Water’s Edge Center for Health & Rehabilitation takes the care and safety of its patients and residents very seriously and has a zero tolerance policy to any type of lapse of care.”

In a similar incident, Miller Memorial Community’s Edward Pavilion-Caroline Hall in Meriden experienced four issues last year. All involved staff negligence, from not providing patients with medication soon enough to failing to enter a “do not resuscitate” order.

For the latter occurrence, a patient had been found without a heartbeat and although resuscitated and placed on life support, he died not long after.

At the Southington Care Center, a resident sustained a head injury from a fall. The incident occurred because the resident attempted to get out of bed or a chair without supervision, but employees had only been monitoring the patient in shifts.

At two other homes, Apple Rehab in Guilford and Edge Hill Health Center in Stamford, multiple residents developed pressure sores. In all cases, staff did not provide sufficient care. In one case, a resident experienced a broken leg and later developed a pressure sore, while in others, patients already had sores which then exacerbated.

It’s a difficult decision to place a loved one in a nursing home. Yet, in the location you select, you expect the staff to follow your family member’s care plan and ensure a safe environment. If you suspect negligence is taking place, turn to Trantolo & Trantolo’s experienced lawyers. Contact any of our locations today to file a claim.