Based on a report from CT Watchdog, the state Department of Public Health fined seven nursing homes more than $1,000 over the past few months for violations ranging from verbal abuse to broken bones. 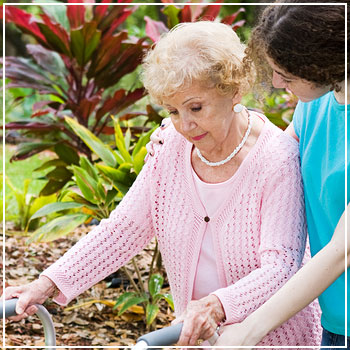 One location, Madison House in Madison, was hit with fines encompassing multiple incidents. In one, an aide cursed at a resident and, while a registered nurse overheard the language, she failed to report the behavior. In a separate instance, a nurse didn’t enter a resident’s prescription into the computer system and, as a result, that patient was given a higher-than-recommended dosage for over two weeks until a seizure occurred. The home was further fined for a resident experiencing a worsening deep tissue injury that staff didn’t address.

At other homes, residents experienced broken bones or falls, mainly attributed to the negligence of staff members. For instance, at Westfield Care & Rehabilitation of Meriden, a resident broke two leg bones, but aides couldn’t identify how it happened. At the same home, another resident experienced a fall when using a toilet, as the nurse’s aide had turned away.

At Greensprings Healthcare & Rehabilitation Center in East Hartford, a resident experienced a fall injury resulting in a bruise. In this case, staff had been lifting the resident out of the shower without using proper equipment.

Not providing enough help or attention has been attributed to other injuries. At the Wadsworth Glen Healthcare & Rehabilitation Center of Middletown, a resident experienced a broken arm when standing up without assistance from a shower chair. Similarly, at Shady Knoll Health Center in Seymour, a resident didn’t receive enough help when being moved to the bathroom. Only one aide was present instead of the required two and, as a result, the resident received a large cut.

At Bridgeport Manor, another patient experienced a similar injury when aides didn’t use a lift, which was part of the individual’s care plan. In a separate incident at the same home, another resident broke two leg bones from getting a boot caught in a wheelchair.

In a different issue related to negligence, a resident at Walnut Hill Care Center in New Britain wasn’t given pain medication when her sickle cell anemia condition flared up and had to wait two hours before getting taken to a hospital. It was revealed that the home had morphine available and a registered nurse knew it could have been administered.

It’s a difficult decision to put a loved one in a home but, while they’re there, you expect them to be receiving proper care. Unfortunately, as these incidents show, negligence can result in serious injuries, so if you believe your loved one has been harmed, Trantolo & Trantolo’s nursing home attorneys are here to help. If you think you have a case, contact any of our Connecticut locations to bring it to our attention.