According to website CTWatchDog.com, the state Department of Public Health fined five nursing homes recently over negligence. Most came from injuries to patients. 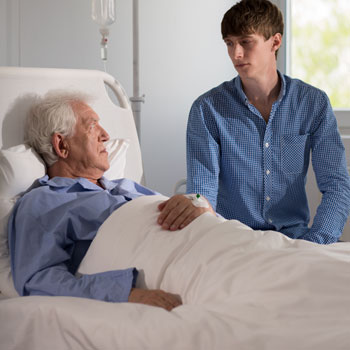 The Springs at Watermark, East Hill in Southbury received two citations over the past year. One, from an incident occurring in September 2014, involved a resident who experienced a skin wound. The injury resulted from staff incorrectly using orthotic equipment and improperly documenting the patient’s history. In a second incident, a patient became injured while being assisted to the bathroom.

The Department of Public Health fined other state facilities for similar infractions. At Montowese Health and Rehabilitation Center in North Haven, a resident developed a pressure ulcer after staff incorrectly used a knee immobilizer. Later, when the patient started displaying signs of infection, staff failed to properly notify the presiding doctor.

Other incidents involved fall-related injuries. At the Village Green of Bristol Rehabilitation and Health Center, a resident fell when nursing staff attempted to lift the patient without assistance. The injury resulted in lacerations to the nose, forehead, and cheeks. At Fairview in Groton, a resident being transferred from a wheelchair to a bed experienced a leg injury so severe, stitches were needed.

At Smith House Skilled Nursing Facility in Stamford, another resident fell after staff tried to help her out of bed. The resident, a patient considered a risk because of dementia and paranoid schizophrenia, had been bathing. According to a report from Patch.com, a second resident asked the assisting nurse for help. As the nurse went to help the second patient, the first tried to get out of the bath, only to fall and experience cuts to the elbow and forehead.

No one wants to see their loved one hurt while receiving care. Yet, these incidents do occur, and if you suspect it happened because of negligence or abuse, gather evidence to bring your claim to Trantolo & Trantolo’s experienced lawyers. Contact any of our Connecticut locations for more information.