How Does the Statute of Limitations Work in Medical Malpractice Cases?

Statute of limitations, the time period in which you may file a claim, exist for all personal injury cases. Within this timeframe, the plaintiff is expected to reach out to a lawyer and have the case filed. Otherwise, the court throws out the lawsuit. 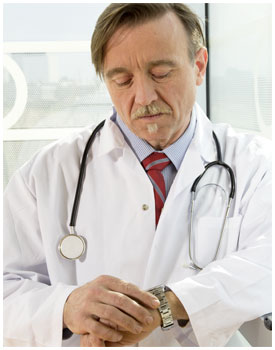 With medical malpractice, the courts have a particularly short period: usually, one to three years. The amount varies with each location and local laws, however.

Plaintiffs frequently wonder, “When does the clock start ticking?” For other personal injury claims, the “start” is relatively clear, as the incident – a car accident or a slip and fall injury, for instance – simply happens. Yet, for malpractice to be identified, the patient must realize something’s wrong; identifying this, on the other hand, may take months.

In response, we break down the factors going into the statute of limitations for medical malpractice claims:

Statute of limitations may begin in three scenarios:

Because, after surgery, a patient may start recovery without realizing something’s wrong, only to start coughing up blood or find the procedure never heals properly, many states have what’s called a “discovery rule.” In terms of statute of limitations, the period of time to file doesn’t begin until the plaintiff realizes the doctor’s negligence negatively impacted his or her health. At this point, the patient may have up to three years to file.

On the other hand, if it’s obvious that something’s wrong and the patient does little to investigate, the court may determine the statute of limitations began earlier.

Section 52-584 of the General Statutes of Connecticut specifies a malpractice case must be filed, with a required sworn statement, within two years of discovery. The law, however, appears a bit confusing, as there’s a three-year cap: The plaintiff cannot file if the alleged injury happened more than three years ago, regardless of discovery date.

If the Plaintiff Dies

The lawsuit takes a confusing turn if the patient dies. While wrongful death cases also have a one- to three-year statute of limitations, the court must decide if the wrongful death or malpractice statute applies.

What’s the difference? With a wrongful death lawsuit, the start time begins when the cause is discovered – not when the alleged malpractice occurred or when the plaintiff found the injury.

If the Doctor Continually Breaches His Duty to the Patient

In Connecticut, if a plaintiff can prove the doctor had a duty to warn about malpractice and its ramifications and that the doctor did not live up to this responsibility, the statute of limitations may not apply. However, for this scenario to occur, the plaintiff must show the following:

If you’ve just found a doctor may have committed an act of negligence against you or a loved one, it’s better to start your case sooner than later. Several states, including Connecticut, require the plaintiff to complete a multi-step procedure before filing the lawsuit. To get started, contact any of our Connecticut law offices to speak with an experienced attorney.

Nolo.com, “Medical Malpractice Lawsuits and the Statute of Limitations”

Please Share This
Read Previous Article:
« When Should You Apply for Social Security Disability?
Read Next Article:
The Top 5 Motorcycle Hazards in Fall »