Risperdal’s Side Effects: Range and Severity 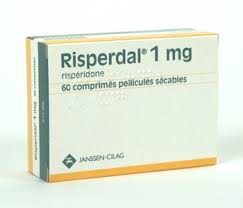 Risperdal, an atypical antipsychotic approved for treatment of bipolar disorder and schizophrenia in adults and autism and bipolar disorder in children, has been the subject of multiple lawsuits at the state level. Plaintiffs claim manufacturer Johnson & Johnson never provided sufficient warning about side effects, and stated false claims concerning risks in advertising.

As well, the company has been under fire for pushing the drug to children before the FDA’s approval in 2006, even training its sales representatives to do so, and offering kickbacks to doctors who gave it to patients.

Whether it’s a lawsuit concerning marketing and advertising or one focusing on a serious condition like diabetes or gynecomastia, claims frequently focus on Risperdal’s serious side effects, which may result in a condition requiring surgery to correct or death.

Several lawsuits concerning Risperdal’s association with increased diabetes development have been consolidated into a mass tort case in New Jersey.

Studies have confirmed correlation between drug usage and developing the condition, with a 50-percent increase compared to other antipsychotics. However, Johnson & Johnson’s marketing materials claim that taking Risperdal does not increase a patient’s chances of developing diabetes.

Johnson & Johnson confirmed elderly patients have elevated stroke risks when taking Risperdal. Since it entered the market in 1993 for adult usage, 37 reports of stroke or stroke-like conditions have been filed, with 16 resulting in deaths. In response, the manufacturer updated doctors, who, in turn, should advise patients about this the correlation.

Recent lawsuits focus on gynecomastia, or male breast development. Although Johnson & Johnson reached an undisclosed settlement concerning some claims in a Pennsylvania court, 130 out of 420 total pending claims involve this painful, traumatic condition.

Gynecomastia occurs when hormone prolactin stimulates breast development – a normal occurrence for women entering puberty but not typical for boys. The condition resulting from Risperdal usage has been severe enough that boys in their teens have developed D-size breasts, experienced pain and emotional trauma during developmentally-critical years, and saw nipple discharge occur.

Two studies – one in 2006 in the Journal of Clinical Psychopharmacology and three years later in the Journal of Child and Adolescent Psychopharmacology — confirmed the correlation between Risperdal and increased prolactin production. The former even went as far to state that, because Johnson & Johnson’s research does not examine the long-term effects of the drug on puberty, children should not be prescribed it.

As a result of this side effect, young patients have undergone liposuction or a mastectomy, depending on severity, to remove breast tissue. Pending lawsuits seek compensation for medical bills and surgical procedures, as well as emotional trauma.