The Latest on the Takata Air Bag Recall

The Takata air bag recall has been receiving more attention in the media lately, due to a recent NHTSA decision. The government organization decided to increase the number of recalled vehicles from 23 million to 28 million. 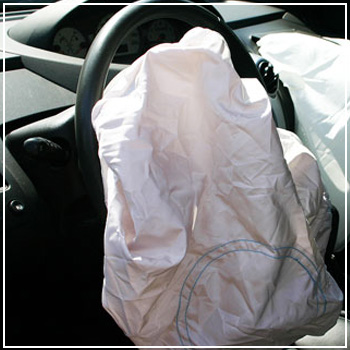 However, as a recent piece in ABC News points out, many more vehicles designed with Takata air bags have yet to be recalled. In fact, while 14 manufacturers have participated since 2008, researchers estimate that an additional 50 million vehicles also have this defect.

For consumers, finding out if your car could be affected proves very difficult. Many manufacturers won’t disclose whether or not their model has a Takata air bag, unless the vehicle has already been recalled or the dealer takes the car apart.

The discrepancy seems to stem from Takata’s ability to manufacture replacement air bags. Right now, the Japanese company can only produce 18 million per year. While five million have already been replaced, the current recall needs four years to be completely resolved.

The NHTSA has given Takata a firm deadline to fix its issues. If they are unable to reach a solution, then Takata will need to make a blanket recall by 2018. In the meantime, Takata continues to claim its inflators are safe, but agreed to stop making them without ammonium nitrate by 2018.

To continue helping drivers, more manufacturers are coming forward to state whether their vehicles feature Takata air bags. One of the latest, General Motors recalled 200,000 Saab and Saturn models created from 2003 to 2011. These include:

So far, GM hasn’t received reports of ruptures or injuries.

Additionally, Volkswagen recalled 2.5 million of its U.S. vehicles for the same reason.

To date, Takata air bags are responsible for 10 deaths and 100 injuries. Poor manufacturing created a design that, when the air bag deploys, emits shards of metal.

Drivers expect the air bag to protect them during an accident, not make them fear for their safety. Since the initial recall, Trantolo & Trantolo’s lawyers have been taking on claims related to Takata air bags. If you or a loved one has been injured, contact any of our Connecticut locations today to speak with an experienced attorney.