Who Is at Risk for Dog Bites?

According to the Centers for Disease Control and Prevention, approximately 4.5 million dog bites occur in our country every year. If you’re a victim, it is critical to receive medical attention right away to lessen your risk of infection and developing dangerous diseases. As the weather warms up, more of us will be bringing our dogs outside to walk and play. While anyone can be bitten, who is at a greater risk according to the statistics? 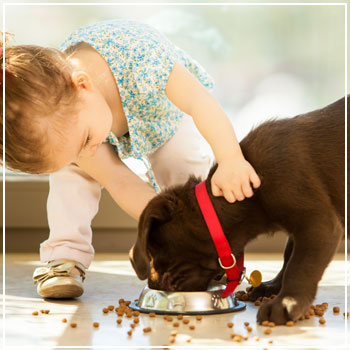 The annual report on dog bites released by the U.S. Postal Service reported 6,549 attacks of postal workers in 2015. This is an increase of 14 percent from 2014! Unfortunately for mail carriers, dogs fear strangers. An unfamiliar person appearing on the doorstep can be unsettling for a dog, causing him to bite when he was only trying to protect his owners. As a result of the high number of victims, some postal companies are requiring those expecting a package to indicate whether or not they own a dog who will be home at the time of delivery.

Regrettably, many children are involved in the 4.5 million yearly dog bites. Dogs can be provoked by a child’s high energy or tendency to pet without allowing the dog time to familiarize itself with the child. The most commonly affected age group is five to nine, but thankfully, these children are very likely to be brought to a doctor by an adult to receive medical attention for any wounds.

Surprisingly, over 50 percent of dog bites occur within the home by dogs we know. A family who owns two dogs is five more times likely to be bit than a household with no dogs at all. Your dog could bite you, a family member or a friend for a number of reasons, including fear, rough play or taking away a toy. No matter what the reason, clean your wounds and see a medical professional right away for further care and tests.

We understand that animal lovers get excited when they see a dog, but approaching one on the street or in the park can put you at risk of being bit. If you do not seek the owner’s permission to pet or don’t allow the dog time to sniff and become familiar with you, you could find yourself a victim. Always ask the owner first if the dog is friendly to strangers!

At Trantolo & Trantolo, we are dog lovers, but we understand that animals can sometimes cause serious injury. If you or a loved one was bitten by a dog and suffered from complications, contact us to make a claim. Our dedicated lawyers will fight for the compensation you deserve.

Please Share This
Read Previous Article:
« The Most Dangerous Places to Drive in Connecticut
Read Next Article:
The Dangers of Summertime Driving »