One measure across the United States to prevent dog attacks and related fatalities is a breed ban, also known as breed-specific legislation (BSL). These laws, usually implemented at the city or town level, regulate or ban certain breeds, usually associated with a high bite or attack rate. Although breed bans aren’t universal, they nearly always target various “pit bull” breeds, American bulldogs, Rottweilers, mastiffs, Dalmatians, chow chows, German shepherds or Dobermans, and any dog with a mix or combination of these breeds.

While on the surface BSL could be considered a good idea, opponents call it discriminatory and say they do more harm than good. Specifically for the animals, banned breeds often end up at shelters, where they cannot be adopted locally and may be euthanized.

For residents’ safety, evidence that breed bans work is scarce. Consider these points: 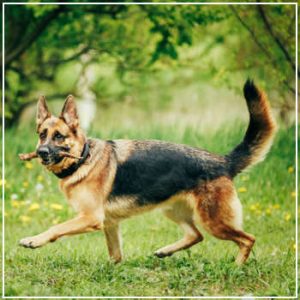 Studies show that, while certain breeds might be banned, bite rates generally do not decrease. For instance, in 2004, Toronto had 567 recorded dog bite reports, prior to the institution of a providence-wide breed ban. Post BSL, the rate did not go down and, in fact the city had 767 recorded cases of bites by 2014 – from breeds not included in the initial ban.

What happens when an owner is too attached to his or her dog to give it away? They attempt to keep the animal under the radar, often not registering the dog, avoiding veterinary care and spaying and neutering, and even keeping the animal permanently inside the house. Breaking the law in this way ultimately harms the dog, who is cooped up inside without proper exercise and care.

According to a study conducted by the Centers for Disease Control and Prevention (CDC), breed laws are not strongly enforced. For one, their research shows that dog bite data by breed may be skewed, unfairly penalizing certain dogs. Secondly, not every breed is easy to identify, especially if the dog is mixed. Additionally, towns find these bans costly to enforce, so they put minimal effort into them.

Instead, the CDC recommends cities, towns or states track and regulate dangerous dogs individually, regardless of breed.

Those Who Want Dangerous Dogs Find a Way to Get Them

Those who want a dog for fighting, protection or the illusion of toughness, breed bans don’t stop them from finding supposedly aggressive, non-outlawed dogs and exploiting their nature. For instance, data shows that, as towns and cities banned Rottweilers, Dobermans and German shepherds in the ‘80s and ‘90s, the rise of pit bull ownership amongst gang members increased.

Whether a town bans a breed or not being bit by a dog can be a traumatic and financially draining experience, for which the owner must be held responsible. If you’re going through this ordeal alone, work with Trantolo & Trantolo to pursue your claim. For more information, contact us today.