How Serious Are Dog Attacks on Letter Carriers?

At Trantolo & Trantolo, we are dog lovers! Yet, we understand that lack of training and socialization can lead to serious incidents. According to 2017 injury statistics from the U.S. Postal Service, 6,244 employees were attacked by dogs while on the job. Believe it or not, these figures are not the Post Office’s highest. In 2016, letter carriers and other workers experienced 6,755 attacks – the greatest amount in roughly three decades.

In response, the Post Office has developed better reporting and alerts concerning aggressive dogs. In extreme instances, a resident known to harbor a dangerous animal may have to pick up his or her mail from their town or local office. Even with more attention paid toward this issue, dog bites and aggressive behavior are serious business.

It’s Not Just a Nip 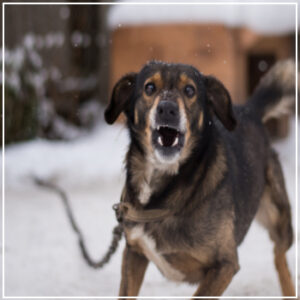 What happens when you see a loose dog roaming a property? For a letter carrier or any outside party, the owner may claim, “He won’t bite.” However, underestimating aggressive behavior often leads to these incidents. Based on a report in the Washington Post, attacks against letter carriers and package handlers have been on the rise since 2013 – likely correlating with the promise of quick, on-time e-commerce deliveries.

Nationally, Houston and Los Angeles lead all cities in terms of dog attacks, with 71 and 67 incidents in 2017, respectively. To combat these trends, the Postal Service:

Bites and other attacks prove to be a costly expense for the Post Office, contributing to millions in annual workers’ compensation claims and medical expenses. To help decrease these figures:

While dog bites can result in traumatic injuries, require emergency care and have a lasting psychological impact, dog attacks may lead to fatalities or leave a letter carrier with a life-threatening injury:

Around the holiday season, or whenever you are expecting a delivery, the USPS has some tips for homeowners with dogs:

Even if a homeowner claims a dog bite was an accident, he or she is still responsible for the injuries when an attack happens on the job. If you’re a letter carrier and have found yourself in this situation, it’s time to get Trantolo & Trantolo’s dog bite lawyers involved. To bring your claim to our attention, give us a call today.

Please Share This
Read Previous Article:
« CT Nursing Homes Fined for Lapses in Care
Read Next Article:
How to Share the Road with Truck Drivers in Snow & Ice »