Purdue Pharma, manufacturer of the drug OxyContin, filed for bankruptcy after reaching a tentative settlement with several state and local governments suing it in connection with addiction and deaths that have resulted from the drug’s use. From 1999 to 2017, it’s estimated 218,000 people have died in the U.S. from overdoses related to prescription opioids.

What the Filing Means 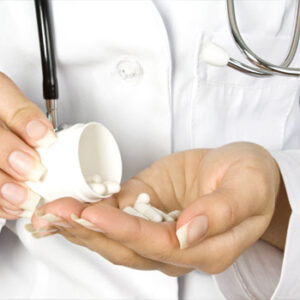 The bankruptcy filing, a Chapter 11, means Purdue may be removed from the first federal opioid trial, slated to begin in Cleveland on October 21st. According to Harvard Law professor Mark Roe, an expert on corporate bankruptcy, anyone who wants money from Purdue will now have to go through the bankruptcy court. A Chapter 11 bankruptcy would allow a reorganization of Purdue Pharma under the U.S. bankruptcy laws, meaning the company can continue to operate but would be subject to the oversight and jurisdiction of a bankruptcy court.

Even with the settlement, the company still faces approximately 2,600 lawsuits from governments and local entities. While some states have agreed to a settlement, 24 states and the District of Columbia have refused to accept the settlement and plan to pursue legal action against the company.

The Sackler family, the founders of Purdue Pharma, originally agreed to pay $3 billion in the settlement. In a statement, the families of late company owner Mortimer and Raymond Sackler said they have “deep compassion for the victims of the opioid crisis” and believe the settlement framework “is an historic step toward providing critical resources that address a tragic public health situation”.

New York Attorney General Leitia James filed new evidence showing the Sackler family had taken at least $1 billion from the company in previously unknown withdrawals through Swiss bank accounts. The filing lends further speculation that the Sackler family has been taking money from the company in an effort to shield the family’s wealth from being a part of future lawsuit damage awards.

While the Sackler family has yet to be sued directly, several legal analysts believe they could become the target for future cases, including possible embezzlement. A recently unredacted filing from the state of Oregon claims the family withdrew $11 billion between 2008 and 2018.