Purdue Pharma Opioid Settlement: What You Should Know

In September 2019, Purdue Pharma reached an agreement to settle the large number of pending claims against their company. Purdue and its subsidiaries decided to file for Chapter 11 bankruptcy, which will help restructure the company, remove the company’s founding family and restrict where and how Purdue Pharma can do business moving forward.

Individuals who have not yet filed a claim against Purdue Pharma are encouraged to do so. All claims must be filed by July 30, 2020 at 5 p.m. to be considered valid. If you or a loved one were one of millions affected by the opioid crisis, learn more about filing a claim. 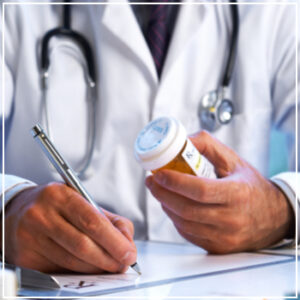 Although some have pushed for a national resolution against opioid manufacturers has been proposed, this particular case specifically involves Purdue Pharma, as well as several of its subsidiaries, including:

This settlement excludes any entity incorporated under Purdue Canada, including the Canadian divisions of Purdue Pharma and Purdue Pharma, Inc., as well as Purdue Frederick, Inc. Claims against these entities will go through Canada’s settlement approval process.

Who Can File a Claim?

According to the Purdue Pharma Claims website: “If you (or, in the case of a (a) wrongful-death claim, the estate you represent, or (b) claim on behalf of a minor or a baby, the minor or baby that you are the parent or guardian for) believe you have been injured by Purdue, or Purdue prescription opioids, like OxyContin® or other prescription opioids produced, marketed or sold by Purdue, you can file a claim for compensation.”

Claims can be filed by the claimant, a lawyer, legal guardian, survivors or relatives of people who have died or are disabled. You do not need an attorney to file a proof of claim for you.

Background for the Settlement

At the time Purdue Pharma decided to file for bankruptcy, the Stamford-based company was facing over 2,600 federal and state lawsuits. Bankruptcy proceedings would have served a two-fold purpose:

As one of the related outcomes, Purdue will contribute both money and resources toward communities across the US managing the opioid crisis.

At the time the company announced these plans, the office of the New York Attorney General found the Sackler family had completed wire transfers for close to a billion dollars to undisclosed private accounts and shell corporations – an ongoing practice for nearly two decades. As the state’s attorney general office uncovered this information, the state of New York had subpoenaed any financial institutions or advisors that aided the Sacklers’ fraudulent transactions.

When the company announced its plans to declare bankruptcy, 24 US states and five territories accepted its terms. However, several states – including Connecticut, New York and Massachusetts – contested them. Although the settlement is expected to address all pending claims throughout 2020, Purdue’s fraudulent wire transfers violated some states’ consumer protection and fraud laws. In turn, states can file their own claims against the company for violating these statutes.

Impact of the Settlement

To help mitigate the effects of the opioid epidemic, the July 30, 2020 settlement will lead to the following actions:

In spite of these changes, some states and communities see the settlement as a drop in the bucket. The federal Council of Economic Advisers estimates that, from 2015 through 2018 alone, the opioid epidemic cost $2.5 trillion, including additional health care and law enforcement resources and decreased productivity from citizens.

Beyond Purdue Pharma, other drug companies who played a role in the opioid epidemic have also proposed settlements: Johnson & Johnson and Teva Pharmaceuticals listed $48 billion to be distributed over a period of 18 years. This motion follows a settlement Teva reached with two Ohio counties last year.

Millions of Americans became addicted to opioids after doctors prescribed them for a range of seemingly minor conditions or post-surgical recovery. Yet, Purdue and other entities claimed from the beginning that these drugs managed pain better than traditional painkillers and were not addictive. In the aftermath, many families have dealt with the cost of addiction.

Potential claimants can go to the www.PurduePharmaClaims.com to submit their claim and see a full list of the drugs in question. The entity’s address and contact information are also listed below: