On August 26th, the judge hearing the opioid case brought by Oklahoma against Johnson & Johnson awarded the state $572 million. It is the first ruling to hold a pharmaceutical company responsible for the opioid crisis. 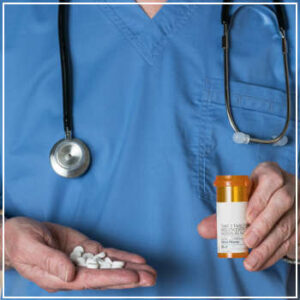 Oklahoma was hoping to win $17 billion from Jonson & Johnson, but Judge Thad Balkman ruled that “the state did not present sufficient evidence of the amount of time and costs necessary, beyond year one, to abate the opioid crisis”.

Oklahoma Attorney General Mike Hunter said Johnson & Johnson marketed opioids to doctors while, at the same time, downplaying the risks of addiction. Prosecutors claim this type of marketing helped fuel the state’s opioid crisis and led to more than 6,000 deaths over nearly 20 years.

Back in March, Purdue Pharma, the manufacturer of OxyContin, reached a $270 million settlement with the Oklahoma attorney general’s office. Oklahoma also reached settlements with Teva Pharmaceutical for $85 million, days before the scheduled trial.

Impact of the Decision

Opioid pain medications including OxyContin, Vicodin and Percocet are at the center for nearly 2,000 pending opioid cases before a federal judge in Ohio; the Oklahoma case was seen as a litmus test. In his decision, Judge Balkman wrote, “The Defendants, acting in concert with others, embarked on a major campaign in which they used branded and unbranded marketing to disseminate the messages that pain was under-treated and there was a low risk of abuse and a low danger of prescribing opioids”.

Balkman’s decision is the first to hold a drugmaker responsible for the problems that arose from years of prescribing highly-addictive opioid pain medications. With 40 states lined up to pursue similar claims against the pharmaceutical industry, Balkman’s ruling could influence the strategies used by both plaintiffs and defendants.

At Trantolo & Trantolo, we’ve always put people before profits. Pharmaceutical companies chose to promote a drug which years of scientific research has shown to be dangerous and we believe these actions are unacceptable.