Invokana’s Cardiovascular Risks: What You Need to Know

Part of the class of drugs known as sodium-glucose cotransporter 2 (SGLT2) inhibitors, Invokana (canagliflozin) works by removing excess blood sugar in the kidneys, where it passes through the urine. Unfortunately, this class has been known to affect normal kidney function. Within two years of the drug’s approval, the FDA required Johnson & Johnson to update its warning label regarding diabetic ketoacidosis – a life-threatening condition that could also affect the heart and result in death.

In 2017, the FDA requested Johnson & Johnson add a black-box warning to patients about potential leg, foot and toe amputations. In 2018, the FDA issued another warning about possible Fournier’s gangrene risks – a rare, flesh-eating bacteria that targets the genital region. 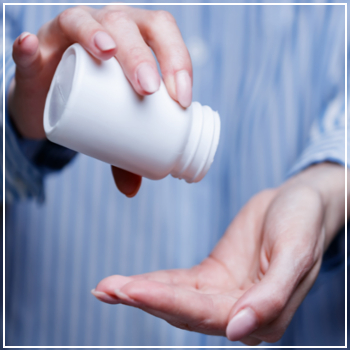 Medically known as myocardial infarction, heart attacks are possible for certain patients who take Invokana and other SGLT2 inhibitors. Whether brought on by this class of drugs or another cause, the condition is known to permanently damage the heart and may be fatal in some cases. Due to multiple reports of adverse events, the FDA issued a warning statement in 2015 about elevated heart attack risks for patients taking Invokana.

Heart attacks for patients with diabetes using an SGLT2 inhibitor are more of an indirect side effect of diabetic ketoacidosis. Dangerously low insulin levels cause this condition to occur and, if ignored, it may lead to heart failure or other cardiac issues. A patient can tell if he or she is experiencing an Invokana-related heart attack through the following symptoms:

Although results from Johnson & Johnson and Janssen Pharmaceuticals indicated the drug has potential to lower A1C levels, Wolfe highlighted one finding that had not been discussed during Janssen’s presentation: 13 of the study’s participants experienced adverse cardiovascular events, especially when compared to patients given dapagliflozin. Specifically, Wolfe noticed a higher concentration of red blood cells and predicted that this incidence could happen to 25 percent of patients taking this drug.

The drug’s mechanism – expelling blood sugar out through the urine – makes this scenario a possibility. Increased urination may heighten the concentration of red blood cells, which may thicken the blood’s consistency and increase a patient’s risk of clots, a stroke or a heart attack.

In spite of Wolfe’s observations, the FDA approved Invokana but required Johnson & Johnson and Janssen to monitor the drug’s adverse event reports and conduct a post-market study to determine the number of heart attacks linked to Invokana.

The result of that effort was the Canagliflozin Cardiovascular Assessment Study (CANVAS), which found that patients taking Invokana had a 46-percent higher risk for strokes after 30 days of use. When the findings involving a group of 4,300 individuals were published, an FDA reviewer testified that Invokana has a higher percentage of early cardiovascular events. Specifically, patients were 6.9 times as likely to experience an adverse cardiovascular event while using Invokana than those using a placebo.

Lawsuits involving Invokana and myocardial infarction date back to 2015. In a more recent case, plaintiff Mitchell Greenbaum sued Johnson & Johnson and Janssen in the US District Court for the Northern District of Ohio in 2018, alleging the manufacturer failed to adequately warn about adverse cardiovascular events. In Greenbaum’s case, he started taking Invokana in early 2016. After six months of regular, appropriate use, he had a heart attack at a stoplight and had to be revived.

The lawsuit specifically cites the drug’s potential for increased blood clotting and heart attack risks. It also alleges Johnson & Johnson and Janssen were negligent for formulating a drug that elevates the cardiovascular risks for its users.

Were you prescribed Invokana or another SGLT2 inhibitor, only to experience a heart attack or similar adverse cardiovascular event? No drug on the market should improve one condition, while increasing a patient’s risk for another life-threatening incident. If you took this medication without being informed of all risks, Trantolo & Trantolo’s dangerous drug lawyers are on your side. To pursue a claim, contact us today.

Please Share This
Read Previous Article:
« A Message to Your Family, From Our Family
Read Next Article:
Bayer Seeks to Settle Pending Roundup Cases Against Monsanto »