How Dangerous is Essure Birth Control?

You tried hormonal contraceptives for years until a doctor told you about Essure, a permanent birth control device that’s inserted into your fallopian tubes – no anesthesia required – to create scar tissue, which blocks sperm from reaching your eggs. Compared to surgical options like tubal ligation, Essure looks like a far friendlier option.

Yet, from the time the FDA approved Essure in 2002 through 2015, patients complained about its side effects. These effects went beyond what’s expected after such a procedure. Rather than nausea and vomiting, patients experienced migrating devices, separating coils and multiple revision surgeries, making what seemed like a convenient option a lengthy and physically debilitating ordeal. Thus, many patients living in the aftermath or considering permanent birth control wonder if Essure poses more dangers than initially advertised.

Side Effects and Failure Rate 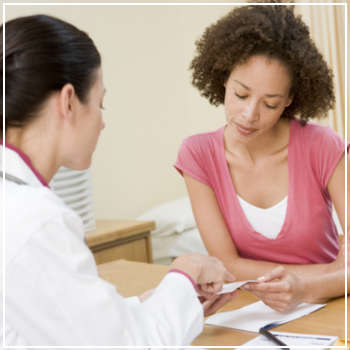 To date, nearly 1 billion patients have been given Essure. Of this total, the FDA received over 5,000 complaints concerning its side effects – some of which show up immediately after the insertion procedure and others down the line:

Essure allegedly went through the FDA’s strictest approval process – two clinical trials before going to market. Following these complaints, manufacturer Bayer revealed its research didn’t involve a comparison control and had further dropped women whose implants failed during the study. Instead, researchers removed these subjects from the control group and, as a result, their findings initially appeared more favorable.

In 2016, the FDA requested Bayer conduct a follow-up drug trial to compare Essure’s serious complications to the side effects of tubal ligation. However, a 2018 French study found that Essure had a significantly higher failure rate compared to 71,303 hysteroscopic (inspection of the uterine cavity) and 34,054 laparoscopic (operation performed in the abdomen or pelvis) procedures over a four-year period. Specifically, patients who underwent a hysteroscopic procedure had a 4.83 percent failure rate after one year and 5.75 percent rate after three years. Rates for laparoscopic procedures were 0.69 and 1.29 percent, respectively.

Due to these dangerous side effects, many patients receiving Essure eventually have to undergo revision surgery, including a hysterectomy and other follow-up procedures. In fact, according to a study published in British Medical Journal, women who opt for Essure compared to tubal ligation are 10 times as likely to need revision surgery. Researchers examined data on 8,048 women who received Essure and 44,278 who had standard surgery from 2005 through 2013.

Frequently, revision is needed when the device isn’t inserted correctly the first time or one of the springs breaks off and begins to drift within the body. Surgery not only removes Essure – which has already started creating scar tissue – but further needs to repair any punctures the springs created. Thus, revision procedures tend to be more complicated than standard laparoscopic surgery.

Essure may damage the uterus and fallopian tubes to the point that a reversal isn’t possible. Thus, surgeons have no choice but to do a complete hysterectomy, which may further affect a patient’s quality of life in the following ways:

As a result, patients may receive transvaginal mesh to treat these side effects. As previously reported, this medical device has been known to erode and perforate adjacent organs or is responsible for chronic pain in the pelvic area.

Current FDA data shows that fewer than 1.5 out of 1,000 women using Essure become pregnant. However, it’s a risk that may result from:

After the initial procedure, patients should continue with a secondary form for this period, or until the doctor confirms sufficient tubal blockage. Patients in this situation have a higher chance of an ectopic pregnancy – when fertilization occurs outside of the uterus – which presents a further set of risks. According to a 2014 study published in Contraception, outside of a controlled lab setting, patient risk of accidental pregnancy may be as high as 10 percent while using Essure – four times more likely than standard tubal ligation.

Upon the initial insertion procedure, some patients may quickly discover they have a nickel allergy and have to live with the discomfort until a doctor can remove Essure. As such, before committing to the procedure, patients should get tested for a metal allergy.

While Bayer has since discontinued the device, many patients were exposed to its life-threatening risks, without receiving a proper warning beforehand. We believe that all devices should be thoroughly tested before they end up on the market and any manufacturer who falsifies data should be held accountable.