Are Drug Companies & Doctors Responsible for the Opioid Crisis?

The current opioid epidemic in the United States is the worst drug crisis our country has ever seen. According to the Centers for Disease Control and Prevention (CDC), 91 Americans die each day from an overdose. Of more than 30,000 annual opioid overdose deaths, half are due to prescription drugs. Amidst this national emergency, the question has become: Who is responsible? Over the past several months, evidence has pointed to the pharmaceutical industry and doctors in collusion with them. 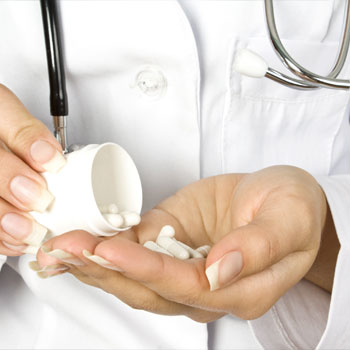 Did you know there have been twice the number of opioid deaths in the United States than a decade ago? As a result, there have been many lawsuits filed against the pharmaceutical industry for not being transparent about the dangers of opioid addiction and overdose.

Although opioids are primarily used to treat acute pain, doctors have been encouraged to prescribe them for chronic pain in recent years. One lawsuit, Mike DeWine vs. the State of Ohio, claims that millions of marketing dollars were used to promote benefits of opioids and downplay their significant risks. Mr. DeWine also alleges that some doctors were provided funding in exchange for their support of opioid prescriptions.

In 2012, there were 793 million doses of opioids prescribed in Ohio alone. Unfortunately, opioid drugs tend to be less expensive than alternative pain medications. Some insurance carriers have dropped coverage for pricier choices.

Claims Made by the DEA

According to Joe Rannazzisi, who formerly ran the Drug Enforcement Administration’s Office of Diversion Control to regulate and investigate the pharmaceutical industry, he believes drug companies allowed opioid use to become an epidemic. Rannazzisi claims the drug distribution industry and Congress allowed millions of pills to go to bad pharmacies and doctors, where they were prescribed to patients who did not need them.

A ProPublica analysis revealed that doctors who receive payments from pharmaceutical companies are more likely to prescribe name-brand drugs. With the opioid epidemic, the consensus seems to be that these corrupt doctors and companies must be held responsible for their actions. Many people want to see more official investigations of unlawful marketing practices and legislation that requires doctors to better educate patients who are prescribed these drugs.

If you or a loved one was prescribed opioids, only to become addicted or overdose, your family has a right to hold the responsible parties responsible. Contact our Class Action or Medical Malpractice attorneys today to learn more.

Please Share This
Read Previous Article:
« What Can Happen When a Nursing Home is Understaffed?
Read Next Article:
Valentine’s Day Thoughts »