According to the FDA, medication errors result in about 1.3 million injuries to Americans each year. These instances cover a broad scope of healthcare procedures, systems and professionals, including inaccurate or inappropriate personal use. 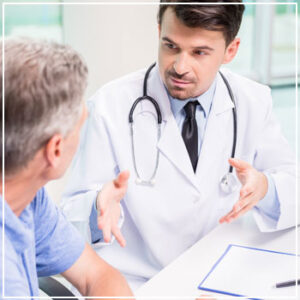 Back in 1999, the Institute of Medicine (IOM) published “To Err Is Human: Building a Safer Health System,” a report examining the state of American healthcare. Within its findings, roughly 7,000 Americans died from medication error-related deaths each year. Nearly 10 years after, a follow-up report titled “Preventing Medication Errors” found that risks remain the same and figures are generally unchanged.

Based on the FDA’s definition, medication errors can happen anywhere within the distribution system:

When medical professionals administer the drug, the United States Pharmacopoeia (USP) found that the following are often involved:

The senior population accounts for 34 percent of all written prescriptions, with the average elderly individual having nearly 30 per year. As such, drug interactions are particularly prominent within this demographic and can happen when:

Although patients may receive inaccurate information from a doctor or unclear instructions from a pharmacy, some intentionally take medications incorrectly. These factors often show as:

As one example, millions of patients take nonsteroidal anti-inflammatory drugs (NSAIDs) each year, frequently for managing arthritis and joint pain. Often because of patient use, NSAIDs are behind 103,000 hospitalizations and 16,000 deaths annually.

After examining reports of fatal medication errors from 1993 to 1998, the FDA found that the greatest percentage of incidents (41 percent) could be traced back to improper dosage. Half of this group involved patients over 60. Within these figures, reports involved:

Misadministration leads to a visible percentage of medication errors. For insulin specifically, a 1998 ISMP study found that 11 percent of serious incidents go back to this factor. What may be behind misadministration?

These issues also occur with over-the-counter medications. As one example, ever since infant acetaminophen went off the market, parents haven’t been sure about how to administer an infant-sized dose. The label doesn’t cover it and drugs don’t include a dropper or oral syringe. Instead, parents have to perform their own calculations and administer it with their own dropper. These issues increase the chances for error, endangering the health of the infant in the process.

Medication errors don’t end with an emergency room visit. Rather, they may have lasting consequences affecting a patient’s quality of life. If you were a victim of a medical professional’s or pharmacy’s negligence, Trantolo & Trantolo is on your side. To speak with a lawyer about your injuries and to pursue a claim, contact us today.

Please Share This
Read Previous Article:
« How Dangerous is Essure Birth Control?
Read Next Article:
A Word to the Wise: Choose to Pay Attention »