How Does the Body Get Addicted to Opioids?

Opioid overdose-related deaths have been a national concern for the past few years. In our own state of Connecticut, fatalities have tripled since 2012. Whether Fentanyl, prescription painkillers or heroin is to blame, cities that have shouldered costs related to Narcan administering and rehabilitation are now fighting back, filing lawsuits against major drug manufacturers.

According to the Centers for Disease Control and Prevention, opiates and opioids continue to lead all drug overdose-related deaths. While heroin is responsible for roughly one-third, the rest stem from prescription drugs, frequently given to patients recovering from surgery or serious injury. How does a doctor’s prescription turn into a full-blown addiction that may involve seeking illegal drugs? Although much of the blame falls on drug companies, who initially played down prescription painkillers’ side effects, the body’s response plays a significant role. 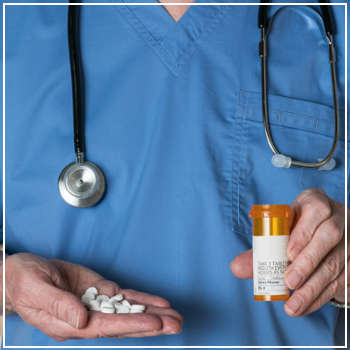 Depending on the drug, prescription painkillers are typically recommended for moderate to severe pain. When the user takes a pill or uses a patch, the drug enters the brain via the bloodstream. In the process, it creates a higher-than-average amount of endorphins and dopamine. The body typically associates these neurotransmitters with a sense of reward, pleasure or satisfaction, so the patient then experiences a temporary feeling of euphoria.

Short term, patients may be able to stop use. On the other hand, long-term repeated use stunts the brain’s ability to produce these two chemicals. In fact, patients may only get that euphoric sensation from taking an opioid or worse, may stop feeling any pleasure unless they take the drug.

Based on this chemical reaction, addiction manifests through three stages:

Physically, the overload of electric impulses essentially causes the body to operate on overdrive. Rather than be sluggish or have slow respiration, the body may experience:

Overdose may happen when a patient takes such a high quantity of opioids that the brain stem stops the body’s breathing.

Over the past 16 years, prescriptions for opioids quadrupled. In 2012 alone, doctors wrote close to 260 million prescriptions for patients. More doesn’t always mean better and recent studies have found that, of those taking prescription painkillers long term, 25 percent get addicted. According to a 2014 survey, of a group receiving treatment for opioid addicted, a large percentage eventually turn to heroin. Because of restrictions, it’s cheaper and easier to find.

Not everyone has the same reaction to opioids. While some experience a euphoric feeling, others get sleepy or nauseous. Beyond the side effects, certain characteristics make patients more prone to developing an opioid addiction, including:

Falsely advertising opioids like Oxycodone and down playing the side effects of these drugs for years have caused millions of patients to get addicted. We believe it’s time to hold the drug companies accountable for their negligent practices. If you or a loved one experienced an opioid addiction and believe you have a claim, turn to the lawyers at Trantolo & Trantolo. To learn more, give us a call today: 844-999-9999.