How Distracting is Smart Car Technology?

According to the Centers for Disease Control and Prevention (CDC), distracted driving kills 9 people in the U.S. each day. Many of us have heard that texting and driving is like going the length of a football field blindfolded, but is this the only behind-the-wheel danger? Emerging technology within our vehicles bring up another concern. Using your cell phone while driving is dangerous, but what about your car’s own “smart” features? 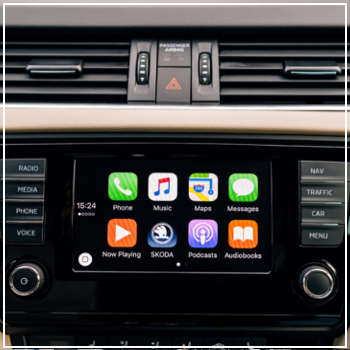 As technology continues to evolve and make our lives easier, should convenience come before safety? When we look at the basic safety features of a car or truck, including, deployable air bags, antilock brakes and stability control, technology does not seem too bad.

However, these innovations make us feel more secure sharing the road with other drivers who may be distracted. What about voice activated stereo systems and the ability to make voice commands on your cell phone?

As new vehicles are released, these voice activated systems are becoming as normal as seat belts. Having a “smart” dashboard may be a sought-after feature for some, but how safe is this luxury? It’s important not to diminish the level of distraction caused by speaking a text compared to typing one out.

A University of Utah researcher worked with the American Automobile Association (AAA) Foundation for Traffic Safety to test the theory that voice activation also takes focus off the road.

Results of the AAA Study

Researchers gathered a group of 260 people to test the voice command feature for phone calls, texts and radio changes. Each used voice activation while driving around neighborhoods at 25 miles per hour. From the beginning to end of these interactions, drivers were distracted for an average of 27 seconds. Another major finding of the study was that these systems can often make errors. So, when the same request is made several times, the driver can become further distracted.

How Far Will Technology Go?

Vehicle manufacturers do not appear to be stopping at simple phone and radio commands. One alarming feature of the Audi A3 in particular? Drivers who sync their smartphones can check their Twitter mentions on the dashboard. We may like to think that people are not using social media behind the wheel, but new features are often introduced based on what people want. However, it becomes the responsibility of the manufacturers to draw the line somewhere.

The National Highway Traffic Safety Administration (NHTSA) advises against dashboard displays that moving images and other features unrelated to the task at hand – driving. The agency has previously released data claiming that drivers who take their eyes off the road for more than two seconds double crash risk.

At the end of the day, this is the way many car companies are moving in order to attract more customers. The argument exists that smart dashboards are less distracting than physically using a smartphone, but this statement should be taken with a grain of salt. No matter how safe a driver acts behind the wheel, accidents do happen. If you or a loved one has been injured by a distracted driver, contact the team at Trantolo & Trantolo team.