Is Opioid Use a Factor in Car Accident Fatality Rates?

A study from the National Safety Council indicates that more Americans die from opioids than car accidents. However, recent research indicates opioid usage may influence car fatality rates, particularly as drunk driving accidents have been on a gradual decline over the past 20 years. 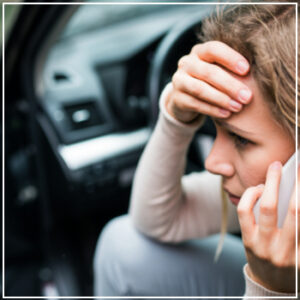 According to a study published in JAMA, more drivers responsible for fatal two-car crashes were using opioids than not. Yet, regardless of whether the driver had opioids in his or her system, more fatalities occurred from veering out of the lane. Of the 18,321 fatal crashes recorded by NHTSA’s Fatality Analysis Reporting System, 7,535 involved a driver who drifted or moved out of his or her lane.

Additionally, opioid usage was not uniform. After toxicology tests were performed, 32 percent had used hydrocodone, 27 percent used morphine, 19 percent used oxycodone and 14 percent used methadone. Among those who used both prescription opioids and alcohol, drivers responsible for a fatal wreck increased 21 percent.

Although data indicates opioids may play a role in fatal car accidents, researchers caution these figures are merely a correlation. Rather, multiple factors need to be taken into account: Specifically, individuals who don’t regularly use opioids experience a greater degree of psychomotor and cognitive impairments, compared to individuals who use them to manage chronic pain. In fact, individuals who regularly use opioids experience a degree of tolerance that doesn’t affect driving skills.

A study by the Johns Hopkins Bloomberg School of Public Health, published in Accident Analysis and Prevention, pointed out that toxicology reports may be skewed following a fatal accident. In general, those involved in an accident may be given opioids for treatment following the incident, only to die days later.

Opioids can affect each individual differently. Even when prescribed by a doctor, these drugs come with a warning that drowsiness, delayed reaction times and impaired judgement may occur. As such, individuals who have recently taken a prescription opioid are advised to refrain from driving or operating heavy machinery. Additionally, if an individual is prescribed a long-term treatment, he or she is advised to wait at least five days to see how they are affected.

Opioid usage falls within the vast spectrum of drugged driving, which has experienced an uptick in the past five years. Although statistically, all illegal and prescription drugs are being grouped together, more variation needs to be taken into account:

Please Share This
Read Previous Article:
« Can Potholes Be Responsible for Car Accidents?
Read Next Article:
A Message to Your Family, From Our Family »