The National Highway Traffic Safety Administration has released their annual report on the previous year’s highway crash data. For the second year in a row, overall traffic fatalities have decreased, dropping 2.4 percent from 2017 to 2018. Additionally, the fatality rate per 100 million miles traveled is the lowest since 2014, declining 3.4 percent. 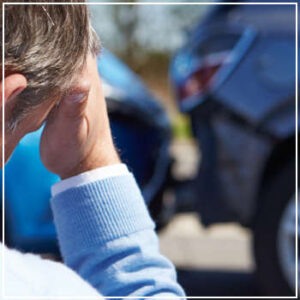 According to the NHTSA report, several critical categories have declined from 2017 to 2018:

“This is encouraging news, but still far too many perished or were injured, and nearly all crashes are preventable, so much more work remains to be done to make America’s roads safer for everyone,” said Elaine Chao, U.S. Transportation Secretary.

In Connecticut specifically, there were 294 total traffic fatalities in 2018, up from 281 the previous year. Of these fatalities, 115 were alcohol-related, 90 were speed-related, 60 involved a pedestrian and 49 involved a motorcyclist:

Unfortunately, pedestrian deaths have risen 3.4 percent nationwide from 2017. Fatalities among pedalcyclists – defined as “bicyclists and riders of two-wheel, nonmotorized vehicles, tricycles and unicycles powered solely by pedals” – have also increased 6.3 percent in 2018.

NHTSA research shows the majority of these accidents take place at nighttime and outside of intersections. Pedestrians and pedalcyclists are encouraged to make themselves visible and be cautious at all times, even when using marked crosswalks. Particularly after dark, drivers should pay extra close attention to their surroundings to help decrease the number of these unfortunate accidents.

Although the number of alcohol and speeding-related crashes have decreased year-over-year, not everyone adheres to the rules of the road. Research from the AAA Foundation for Traffic Safety shows that, while American drivers understand which behaviors are dangerous, many of us still engage in these risky behaviors behind the wheel. For instance:

If you or a loved one has been struck by a careless driver, you need the experienced team at Trantolo & Trantolo on your side. Contact us to speak with a car accident attorney today.

Please Share This
Read Previous Article:
« Our Letter to Santa 2019
Read Next Article:
Are Some Doctors More Likely to Prescribe Opioids? »