Fatal Car Accidents Have Increased During the Pandemic

Earlier this year, the National Safety Council uncovered a concerning trend: Mile for mile, the number of motor vehicle accident fatalities increased 14 percent from March 2019 to March 2020. Shelter-in-place measures have kept many Americans off the road, decreasing the average number of miles traveled by 18 percent, so this uptick was unexpected.

In an interview with National Public Radio, one of the NSC’s statisticians explained that, during a recession, motor vehicle accidents typically decline proportionally with the number of miles driven.

With states across the country slowly opening up, this concerning trend is expected to increase with more drivers venturing back out onto the roads.

The Trend is Not a Fluke 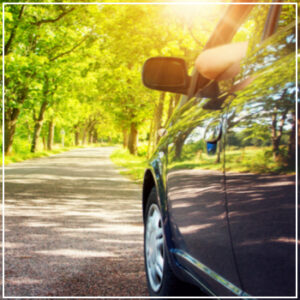 What could have been nothing more than an abnormal month for the NSC has carried through the pandemic and can be seen across the country, including in Connecticut. The Washington Post reported on this nationwide trend and found that more drivers are speeding or engaging in reckless behavior.

The types of fatal accidents recorded have not all increased evenly. Instead, many appear related to driving at high speeds – in some cases, over 100 miles per hour. In certain states like Minnesota, roadways have half as much traffic compared to 2019 but motor vehicle fatalities have doubled by mile and total number.

Overall, the report found that US road traffic has declined 41 percent year-over-year, closer to 70 percent in urban areas like New York City and Washington, D.C. However, fatal motor vehicle accidents have decreased only 21 percent. A few sources point to this trend.

Speeding On the Rise

Sources speaking to the Washington Post claim that average speeds during the pandemic have gone up 250 percent in some parts of the country. Fewer vehicles on the road have led some motorists to believe they now have the freedom to drag race or attempt to break speed records.

Urban areas, where streets and highways typically see regular congestion, have experienced a more significant shift. In turn, law enforcement has been handing out more speeding violations in these areas.

Beyond traffic tickets, a report in The Detroit Bureau found that the number of crashes where the vehicle cannot be driven from the scene – a clear indicator of a high-speed collision – have increased two percent nationally. By contrast, auto claims for fender-benders and similar low-level collisions have actually declined during the pandemic.

In addition to speeding, the Washington Post reports nearly 40 percent more drivers are using their cellphones and hard braking has increased 25 percent, relative to the number of drivers on the road.

One speculated reason is that people are spending more time on their devices and think nothing of carrying on this habit behind the wheel. It’s also thought that, due to the anxiety surrounding social distancing guidelines, many drivers are not giving their full attention to the road.

Taking Risks for the Sake of It

The Washington Post’s report further discovered drivers have been taking more risks behind the wheel, simply because they can. Fewer cars creates a false sense of freedom and many are looking for a form of stress release. If a speeding driver is not expecting to see another vehicle or obstruction, failure to react in time could make these accidents deadly.

Although the NSC and Washington Post reports indicate these trends span the nation, certain states have been harder hit than others. PoliceOne.com reported that Connecticut experienced a concerning jump in car accident fatalities year-over-year.

While the number of crashes declined by 10,000 over this period, the number of accident-related fatalities has remained flat. Crash-related injuries also declined by over 2,000 incidents. Citing figures from the Connecticut Transportation Institute, the Hartford Courant further found the number of overall car accident fatalities increased by 25 individuals compared to the same period last year. Inexperience may also play a role: In some of the cases cited, the drivers killed were under age 20.

If you were the victim of a reckless driver using a cell phone or speeding, don’t take the financial hit from your insurance company. Bring your case to Trantolo & Trantolo’s car accident lawyers today.