Car manufacturers incorporate many more safety features than they did a decade ago. Congress has also been making a push for self-driving cars, touting their supposed accident-reducing benefits. Even with these strides considered, a NHTSA study using data from the National Center for Health Statistics shows that fatal accidents have increased for the second consecutive year, reaching a nine-year high point.

From 2015 to 2016, fatal accidents increased 5.6 percent, with vehicles killing 37,461 people. Based on statistics, car features are not to blame. Instead, driving behaviors like speeding, not wearing a seatbelt and distracted driving contribute to the sharp rise.

Car-related fatalities were on the decline from 2007 through 2014, but saw a spike in 2015. Although these deaths are down from 1975, several factors contribute to a second-year increase in 2016.

Not Following the Rules of the Road 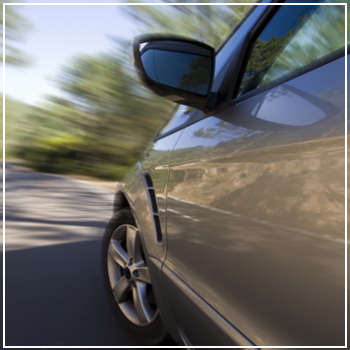 Based on accident reports, 2016 saw a four-percent increase in speeding-related deaths and a 4.6-percent jump in passengers not wearing seat belts. While down year to year, distracted driving also contributed to 2.2 percent of the total. Additionally, “human choices,” including speeding and driving drunk, contributed to 94 percent of all serious accidents.

The study further showed that pedestrian deaths reached their highest since 1990. Partially related to this, drunk driving deaths increased 1.7 percent.

In total, overall traffic deaths went up 2.6 percent. According to the NHTSA data, motorcycle and cyclist deaths increased 5.1 percent year to year and 1.3 percent respectively. As riders, we know that being alert to motorcyclists on the road is often a life-or-death situation.

As gasoline prices decrease and companies have more job openings, a greater number of Americans find themselves driving more miles. In fact, the average U.S. driver added 2.2 percent extra miles on his or her car in 2016.

The NHTSA further discovered that a larger percentage of drivers behind the wheel of these accidents are over age 65. Year over year, this percentage went up 8.2 percent. Over the past decade, the number of motorists in this demographic increased about 30 percent and is predicted to steadily increase.

Although NHTSA’s study indicates that distracted driving is behind fewer fatal accidents, research from AAA shows that it’s still a problem on the road. Examining both driver habits and the technology involved, the AAA Foundation for Traffic Safety discovered that:

If you or a loved one has been hit by a distracted driver, get Trantolo & Trantolo’s team of car accident lawyers involved. To learn about what we can do for you and your family, give us a call today.

Please Share This
Read Previous Article:
« What to Do After a Slip and Fall in Someone’s Home
Read Next Article:
Trantolo & Trantolo, LLC Awarded for Website Marketing Message »