A study by the Governors Highway Safety Association and the Foundation for Advancing Alcohol Responsibility reports that in 2015, more fatal accidents were caused by drivers on drugs than those under the influence of alcohol. The researchers used fatal crash data from the National Highway Traffic Safety Administration.

What Did the Study Find? 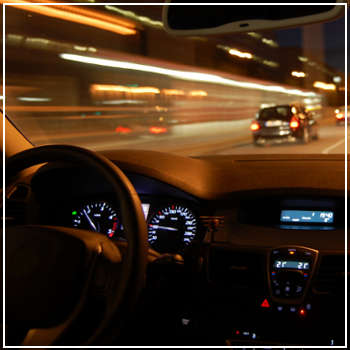 With the recent legalization of marijuana in several states, interest in this drug continues to spike. Whether for medical or recreational use, this may have dangerous implications for our roadways. In fact, the GHSA study found that 43 percent of drivers who were victims of fatal car accidents in 2015 tested positive for drugs, as compared to 37 percent who had alcohol in their systems. These findings are significant, as other states consider legalizing this drug within the next couple of years.

How Does Connecticut Rank?

The AAA of Greater Hartford analyzed the results of the GHSA study and found that Connecticut had an even higher rate of drug-induced fatal car crashes than the nationwide average. Approximately 63 percent of drivers in our state who died in 2015 tested positive for drugs, with marijuana being the number one illegal substance.

Trooper First Class Mark Dicocco of the Connecticut State Police told Fox 61 that drugged driving can be more difficult to combat. However, our state uses a Drug Recognition Expert (DRE) test on drivers they suspect may be under the influence. Common drugs detected include marijuana, prescription medication, cocaine and heroin. If a driver fails the DRE, a blood test is administered.

How Does Marijuana Affect Drivers?

Marijuana has a similar impact on the brain and body as alcohol, especially when operating a motor vehicle. What impact does THC (tetrahydrocannabinol), the main ingredient in marijuana, have on driving ability?

Additionally, marijuana can remain in the body for days or even weeks after consumption. Currently, there is no threshold for the amount of marijuana that can be in your system while driving in Connecticut. That threshold for alcohol is 0.8% BAC.

It’s important to be cautious of careless drivers who may be under the influence of drugs or alcohol. We believe these individuals make our roadways unsafe and, in the event of an accident, we will hold them responsible. If you were struck by a motorist who was high on marijuana, contact our car accident lawyers today to pursue a claim.

Please Share This
Read Previous Article:
« The Importance of Socializing Our Dogs
Read Next Article:
What is Nursing Home Dumping? »