School is out for summer and your child wants to borrow the car to drive their friends to the beach. What do you do? He or she has a valid driver’s license and responsible friends. However, consider these statistics before handing over the keys. 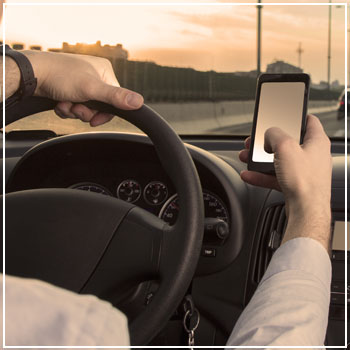 The time from Memorial Day to the end of summer is known as the “100 Deadliest Days” for teen drivers. On average, the number of deaths among kids 16 to 19 increases 16 percent compared to other days of the year.

The AAA Foundation and the University of Iowa conducted an eight-year-long research project to find out which distractions cause the most teen driver accidents. The moments before a crash were caught on in-car dashboard cameras in over 2,000 vehicles. The research team analyzed what was happening in the car leading up to each accident. They discovered the top three distractions to be:

When a teenager is behind the wheel during an accident, there is a 60 percent chance that the cause was distracted driving. An average of 10 people a day die in crashes involving a teenage driver, rounding out to about 1,000 deaths during the 100 Deadliest Days.

The recent release of Pokémon GO, the newest adaptation of the popular 90s game Pokémon, as a phone app has been causing much more harm than good. The game uses GPS technology on your phone to detect where you are in the world. It then makes Pokémon “appear” on your screen at a certain time in a specific place. Pokémon GO involves traveling to destinations all over, which has been particularly dangerous in recent days. Game users are reporting car accidents involving pedestrians who have spotted Pokémon in the road and several armed robberies.

What Can We Do?

Teenagers today have grown up in a world surrounded by technology and most have cell phones. In fact, the typical teenager sends about 80 text messages a day! While we cannot ask them to be without their phones in the case of an emergency, we can teach young drivers that texting can wait.

Distracted driving is deadly. If you or a loved one was involved in a crash caused by a distracted driver, contact our car accident lawyers today to present your claim.