The Dangers of Road Rage

When someone swerves too close or pulls out in front of your vehicle, you might exclaim, make a gesture at the other driver or start to tailgate. Whether you’re the victim or aggressor, did you know these actions are considered a crime? A sudden burst of anger could actually result in a fine or jail time.

While some people use the terms interchangeably, road rage and aggressive driving are not the same. What should you know? 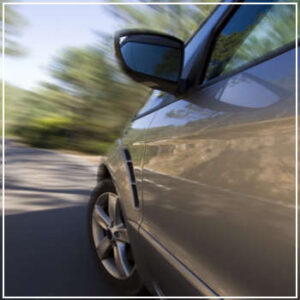 According to the AAA Foundation, 218 murders and more than 12,000 injuries have been attributed to road rage over the past seven years. As the figures show, these behaviors can endanger public safety and are considered a criminal offense.

On the other hand, aggressive driving is a traffic offense. What’s the difference? According to the NHTSA, aggressive driving strictly applies to traffic instances that damage or endanger other people or property on the road, while road rage takes it a step further. Specifically, it becomes road rage when a vehicle is used to commit assault. Beyond tailgating and cutting drivers off, road rage encompasses obscene gestures, attempting to run someone over and pulling out a weapon.

Once aggressive driving leads to altercations, street fights or escalates to a shootout, it’s road rage.

Why Is Road Rage Dangerous?

The behaviors may speak for themselves, but road rage makes you a hazard for a number of reasons:

It’s a frightening experience to be pursued by an aggressive driver and your actions are rarely to blame. The aggressor may be:

As a behavior, road rage is more likely to occur on a main road through your town, followed by divided highways, backroads and parking lots.

Being the Victim of an Aggressive Driver

What can you do if an aggressive driver is coming after you?

If You’re Prone to Road Rage

To avoid behaving aggressively on the road and posing a risk to other drivers, keep the following in mind:

Were you the victim of an aggressive driver or road rage incident? If you’re recovering from injuries and the insurance company is trying to lay part of the blame on you, Trantolo & Trantolo is on your side. For fair compensation, bring your claim to one of our car accident attorneys today.