Some say the worst part of a car accident is dealing with the insurance company in the weeks and months that follow. If it’s not already bad enough, you’ve been injured and have to take time away from work to recover; wages drop while medical bills increase. 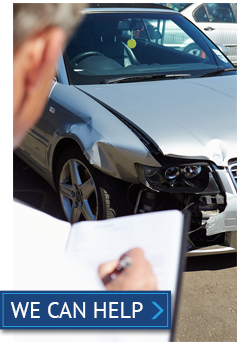 The insurance company, on the other hand, claims the accident wasn’t as serious as you make it out to be; therefore, it will only pay part of the claim. Delaying and denying, unfortunately, is one very common tactic – one nearly always requiring legal assistance. So you’re prepared, be ready for the following scenarios:

Minimizing Injury: Here, the insurance company gathers its own evidence to show the accident isn’t as severe as the injured party says it was, or to indicate the accident didn’t directly result in this particular injury. Tactics may involve surveillance, having their doctor conduct an “independent medical examination,” alleging pre-existing conditions, and even using mundane statements and social media – saying “I’m fine” out of politeness or using smiling pictures from Facebook – as evidence to support their allegations.

Alleging a Lack of Evidence: After the accident, the insurance company’s employees will refuse to go forward with the claim, citing a lack of evidence. Instances that may be held against you in this scenario could be:

To prepare, file all paperwork, keep records of all medical appointments, treatments, bills, and lost wages, and photograph the scene and injury.

A “Closed” File: There’s a difference between statute of limitations and a “closed file,” but your insurance company phrases these scenarios as if they’re one in the same. Be prepared by being aware: When the insurance company claims to “close” your file 30 days after your claim opens, it’s a tactic to get the plaintiff to settle quicker.

The Adjuster Claims to Give You a Fair Settlement: Understand that insurance companies strive to maximize profits – not to get policyholders a fair deal. This extends to all employees, and in this scenario, the adjuster, while not outright denying a claim, will low-ball you regarding how much the company can pay or how much your policy actually covers.

Obtaining Medical Records: Always know what you’re signing – it could be a general medical authorization form. When you sign this document, the insurance company can now access your full medical history – and not just records related to the recent accident.

Never accept the first amount when it comes to a car accident and related injuries. Instead, work toward a fair and just award that your pain, suffering, and justice, demand with Trantolo & Trantolo’s team. Let our family help your family so you don’t get caught wrangling with an insurance company. Contact any of our Connecticut locations to speak with an experienced lawyer today.