According to the Governors Highway Safety Association, the number of people hit and killed by vehicles each year has reached its highest since 1990. These accidents, which now account for about 16 percent of all traffic fatalities in the US, most often involve older adults and children but anyone can be a victim. In Connecticut specifically, preliminary data shows a 53 percent increase in pedestrian accidents from 2017 to 2018. What are some of the common causes of these incidents? 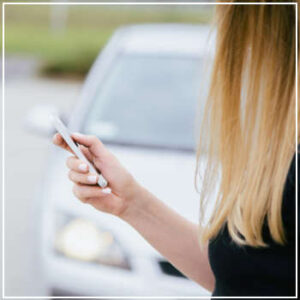 Almost half of all pedestrian accidents involve alcohol for the driver or pedestrian. It is illegal and dangerous to drive under the influence but even if an imbibed person chooses to walk home, there is a risk for injury or death. For pedestrians, an accident could result from stepping into the road without looking, while an impaired driver with delayed reactions may not be able to stop at a crosswalk in time.

Speeding is often a contributing factor in traffic collisions. High speed travel puts a driver in less control of the vehicle, makes it more difficult to stop and increases the force of an accident. A speeding driver may not be able to avoid colliding with a pedestrian in the road or, can cause serious injury to him or herself by bringing the vehicle to a sudden stop.

This can apply to both drivers and pedestrians. Among drivers, it’s not uncommon to see cars rolling through stop signs or trying to beat red lights. However, these decisions can put pedestrians who are following the rules of the road at risk. On the other hand, pedestrians who cross at non-intersections or when the “walk” signal is not activated could find themselves in the path of an oncoming car with the right-of-way.

Again, both drivers and pedestrians can engage in distracted behavior that leads to accidents. Whether using a cell phone, adjusting the radio, eating or inputting an address in the GPS, any action that takes your eyes off the road and oncoming traffic could be fatal. In Connecticut, it’s illegal to drive while using a handheld cell phone. Recently in other states and countries, laws have been passed to ban distracted walking as well.

Drivers who pay attention and follow the rules of the road can still be caught off guard by pedestrian carelessness. Some may dart in front of cars, walk directly into moving vehicles or fail to use designated side and crosswalks. Especially at night, it’s important to wear reflective gear to ensure drivers can see you in the road.

In some cases, inclement weather or poorly maintained roads are partly at fault for pedestrian accidents. For instance, a driver may swerve around an obstruction without seeing a person walking alongside the road or could be completely unable to see a pedestrian in rain or fog.

If you’ve been struck by a distracted or negligent driver, get our experienced team on your side! Contact Trantolo & Trantolo to speak with a pedestrian accident attorney today.