Drivers More at Risk for Car Accidents During Short Trips

A recent study found that one-quarter of all motor vehicle accidents occur within the first three minutes of driving. This type of accident is followed by those that occur on lengthy drives, including road trips.

The study examined the behavior of 40,000 drivers over two years, identifying the traffic accidents recorded by vehicle tracking devices. A total of 3.2 million trips in 2018 and 2019 resulted in nearly 2,000 accidents.

Results of the Study

Researchers found that accident risks decreased between the 10 and 20-minute marks. However, accident rates increased once a driver was on the road for at least 40 minutes and 25 percent of accidents occurred within the first three minutes on the road. Also speaking to this trend, the rate tapered down slightly between six and 10 minutes, which composed 14 percent of the total. 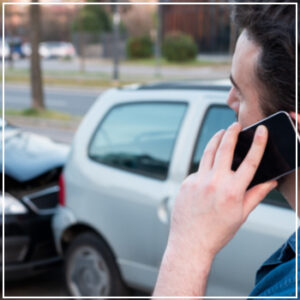 The pattern uncovered in this study is not new; Progressive Insurance highlighted similar findings. Their research indicated over 50 percent of all car accidents occur within five miles of home and nearly 80 percent within a 15-mile radius.

The National Highway Traffic and Safety Administration has echoed these conclusions, discovering that close to 70 percent of all car accidents take place within 10 miles of the driver’s home.

A more recent study, “Close to home: An analysis of the relationship between location of residence and location of injury” found that certain types of car accidents have a higher likelihood of happening close to home than others.

Of all accident types analyzed, car and motorcycle accidents composed nearly 20 percent and often involved pedestrians and cyclists. City drivers were more likely to experience these types of collisions.

While the number of traffic accidents increased close to the five-mile mark, most incidents involving pedestrians and cyclists occurred at the 1.1-mile mark.

Behaviors Behind the Wheel

While campaigns target cell phone use and call for drivers to buckle up, PropertyCasual360 found that getting lost in thought or daydreaming also plays a role in these statistics.

Drivers close to home know the roads and often travel on autopilot. This combination may result in:

Were you hit by a careless driver as a motorist or pedestrian? Don’t let the insurance company place undue blame on you. To bring your claim to Trantolo & Trantolo, contact us today.