Is It Safe To Ride a Bicycle In Traffic?

Many people learn how to ride a bicycle at a young age. As an adult, you may use a bike to commute, especially when gas prices increase. Bikes seem to be the perfect mode of transportation: They eliminate the need for gasoline, thus saving you money, and let you get in some exercise. However, multiple studies indicate deaths involving cyclists are on the rise. Before you get pedaling, think about this: How safe is it to ride a bicycle on main roads? 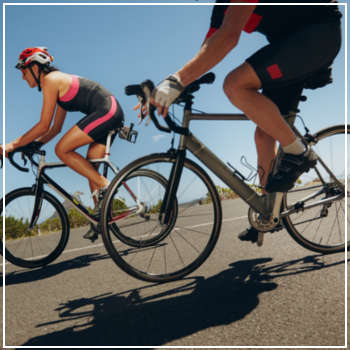 According to a recent study conducted by the Governors Highway Safety Association, traffic-related cycling deaths have increased over the past couple of years – a change of pace after an overall decline since the 1970s. Over two years, cycling deaths on the road went up 16 percent. However, bikes make up just one percent of all vehicles used.

A National Highway Traffic Safety Administration (NHTSA) study came up with similar findings. In 2015, 5,376 pedestrians and 818 cyclists were killed in crashes involving motor vehicles. NHTSA’s statistics group these two together and, while their study shows that total traffic fatalities declined by 18 percent from 2006 to 2015, pedestrian fatalities went in the opposite direction, rising 12 percent overall. Between the two, fatalities involving cyclists went up six percent in total, with a 12.2-percent jump from 2014 through 2015.

Who’s the typical victim in this scenario? NHSTA paints the picture of someone older, male and riding in an urban area:

California, Florida and Texas lead the country in bicyclist fatalities. Connecticut’s averages tend to be lower: Seven deaths in 2010, eight in 2011 and four for 2012, with an average of six deaths per year.

As far as the causes behind traffic-related bicyclist deaths, the Centers for Disease Control and Prevention found:

In terms of how a bicyclist gets struck, most collisions happen when the front of a motor vehicle hits a bicycle. Of cars and trucks, light trucks are responsible for the greatest percentage of traffic-related cyclist fatalities.

While rising fatalities are concerning, NHTSA’s data indicates that injuries involving cyclists have actually decreased. Specifically, there were 50,000 reported traffic injuries involving bicyclists in 2014 and by 2015, the total dropped down to 45,000. However, these figures only account for a fraction of the total. Based on hospital records, it’s estimated that only 10 percent of all bicycle accidents get reported to police, when the bicyclist receives medical attention.

In terms of who gets injured, children make up the largest group. Those between five and 19 years old account for over one-third of all bicycle-related injuries getting emergency attention each year.

Why are more cyclist deaths occurring? Some believe that a stable economy means more Americans are opting to use their cars and other informal surveys indicate that more Americans have decided to ride instead of drive.

Back in 2013, the New York Times highlighted the limitations and discrepancies in traffic-related data involving cyclists:

Additionally, the New York Times spoke with a trauma surgeon from the University of California, San Francisco, who went into more detail about emergency room statistics:

Whether you were hit by a car or fell off your bike in a parking lot, you have the right to ride in safe places. Instead of waiting on an insurance carrier or a business that denies responsibility, bring your bicycle injury claim to Trantolo & Trantolo. To speak with a personal injury attorney, give us a call today.