Let’s say you get injured on the job and, depending on your employee classification, you have to file a workers’ compensation claim or a negligence lawsuit against your employer. In many cases, because the company employing or contracting you does business in your state, you can file a lawsuit at a local court. Or, based on the scope of your employer’s business, you can bring your claim to a state court in a location where they provide services.

However, the U.S. Supreme Court implemented stricter rules concerning where plaintiffs can file claims against their employers. According to a report from Reuters, the decision overturns a lower court case in Montana involving Texas-based BNSF Railway Company, which allowed out-of-state plaintiffs to file their claims against the business, as it has an extensive railroad network within its borders.

In this 8-1 ruling, the U.S. Supreme Court determined that states cannot hear claims against companies if that business isn’t directly based within that state or if the injuries did not occur in that location. The ruling essentially concedes to corporations, which have long fought about where plaintiffs can pursue their claims and have alleged that workers intentionally shop state courts for more favorable laws. With these recent changes, plaintiffs can bring their cases to a state court where the company is headquartered, incorporated or has strong business ties. 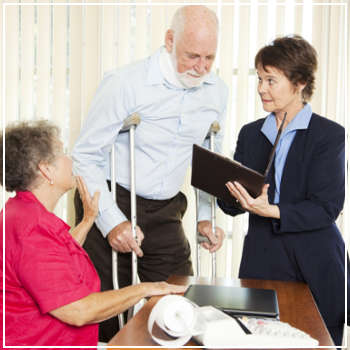 For this particular case, two workers brought lawsuits against BNSF under the Federal Employers’ Liability Act, which allows injured railroad workers to sue their employers for compensation. These claims involved a slip and fall injury a truck driver sustained in 2011 and a spouse pursuing a claim concerning chemical exposure, which she alleges caused her husband to die of kidney cancer. Yet, while BNSF has over 2,000 miles of railroad in Montana, the injuries occurred in Washington state and South Dakota, Minnesota and Iowa.

However, Montana tends to rule more in the plaintiff’s favor and the state Supreme Court decreed that claims can be brought against BNSF because the nationwide railroad company does a large amount of business there, employing about 2,000 individuals.

As a result of the U.S. Supreme Court’s decision, plaintiffs believe that corporations are attempting to limit their access to fair compensation and further inconvenience them by requiring them to travel far from home or work to file their claim in a state court.

Also, according to Reuters the lawyers representing the plaintiffs in these particular cases pointed out, the extra burden is placed on workers. Extensive travel can make it hard for injured or disabled workers to file a claim in court and most plaintiffs will have no contacts or connections, which can make it a challenge to secure legal representation. Furthermore, this ruling makes it even easier for corporations to intentionally set up their headquarters in states known to rule in their favor or to impose stricter laws for filing personal injury claims. While this decreases their financial losses, the injured plaintiff ends up footing a greater part of the bill for medical treatments and therapy related to an on-the-job injury.

Have you experienced a slip-and-fall, negligence or another personal injury claim in Connecticut? Turn to Trantolo & Trantolo’s team for direction. To bring a case to our attention, contact us today.